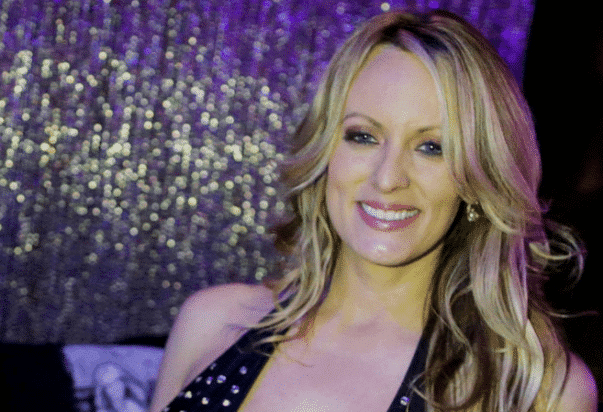 The Stormy Daniels legal complaint, published here on CNN’s site, shows that Stephanie Clifford (aka ‘Stormy’) is claiming the NDA was invalid because Trump never signed it.

Only a few weeks before the 2016 election, Cohen paid Clifford $130,000, an admission Cohen had made in a statement last month.
Stormy Daniels’ lawsuit cites multiple cases of Michael Cohen, Trump’s lawyer, attempting to prevent her from speaking about the alleged sexual relationship between the porn actress and president.
Her lawyer, said the mediation involved the issuing of a temporary restraining order on behalf of Cohen which has seen the president’s attorney attempt to silence her as recently as the past few days.  However the statement says Trump never paid and the NDA is invalid.
“Despite Mr. Trump’s failure to sign the Hush Agreement, Mr. Cohen proceeded to cause $130,000.00 to be wired to the trust account of Ms. Clifford’s attorney. He did so even though there was no legal agreement and thus no written nondisclosure agreement whereby Ms. Clifford was restricted from disclosing the truth about Mr. Trump,” the filed document states.
The New York Times reported the issuance of the restraining order, details of which emerged on Wednesday when White House spokeswoman Sarah Huckabee Sanders announced that an ‘arbitration’ order had been made against Ms Clifford.
The lawyers are all over this case with lawyers-hiring-lawyers, Mr Cohen’s lawyer is Lawrence Rosen, while Stormy Daniels has hired Michael Avenatti to go on the front foot with her challening of the unsigned NDA – making the ‘hush’ agreement one of the best publicized in the world of noise in which we live.