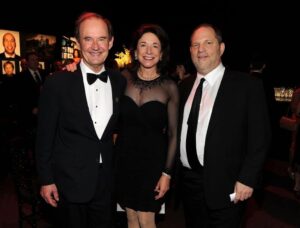 Reputation for lawyers is everything – so what happens when a superstar lawyer like David Boies becomes entangled in a mess like Harvey Weinstein? Can he disentangle? Does it even hurt?

According to an article in Bloomberg.com, David Boies is unfazed by the attention being focused on himself as a sometime lawyer for the besieged movie mogul. He’s laying bets that most people do not accept everything the naysayers and journalists are saying because “they understand what lawyers do.”

Boies’ involvement with Harvey Weinstein goes back some time and  his efforts to work for his client to help prevent the publication of material that was highly damaging to his client and relating to sexual abuse accusations.

Just for a recap on David Boies and his stellar reputation you can read what LawFuel has written previously here and here.

But in summary, he got caught in the antitrust fight with Microsoft Corp in the 1990s and then after then contested election in 2000 he tangled with Al Gore before working with George W Bush’s former attorney to successfully push for gay marriage equality.

He became a hero and a public figure for his successful corporate and social fights.

In November the New Yorkerreported that, prior to the Weinstein news, Boies signed a contract with a secretive enterprise run by former Israeli intelligence officers to protect Weinstein by trying to stop a New York Times investigation into his history with women. The newspaper—also a Boies client—called his behavior a betrayal of trust and fired his firm, Boies Schiller Flexner LLP. The internet exploded with disgust. “From hero to zero,” wrote Cyd Zeigler, a sportswriter and gay advocate. Rose McGowan, an actor whose allegations helped trigger Weinstein’s downfall, tweeted that Boies was a “scumbag.”

The New York Times also reported on David Boies ‘egregious’ involvement with Harvey Weinstein, saying that is was not only helping to cover up Weinstein’s alleged misdeeds, but also undermining the First Amendment rights regarding freedom of the press.

The involvement in attempting to cover up Weinstein’s activities are something that has raised a raft of issues for Mr Boies, although he has issued various statements seeking to explain the position and his lack of control over the private investigators at Black Cube who had been retained.

Whatever the outcome, the reputational damage is something he would rather have left for his client to have to deal with, rather than himself as one of the country’s leading attorneys.