Arnall Golden Gregory – Tenet Healthcare Corporation, an investor-owned healthcare services company based in Texas, and two of its Atlanta-based subsidiaries have entered into an agreement with the government to resolve criminal charges and civil claims stemming from a scheme to defraud the United States and to violate the Anti-Kickback Statute (AKS).

Under the agreement, which was announced on October 3, 2016, Tenet will pay $513 million to settle the criminal charges and False Claims Act (FCA) claims, which are based on the unlawful referral of 20,000 Medicaid patients to Tenet hospitals.
The case is significant because Tenet was under a corporate integrity agreement (CIA) from an earlier FCA case, and the criminal charges include allegations that the company’s executives falsely certified that the company was in compliance with the CIA while the unlawful scheme was in effect.

According to the information, Atlanta Medical Center Inc., North Fulton Medical Center Inc., Spalding Regional Medical Center Inc., and Hilton Head Hospital signed sham contracts for interpreter and other services with Hispanic Medical Management, Inc., d/b/a Clinica de la Mama, which provided prenatal services to undocumented Hispanic women. In return, the clinics ensured that their pregnant patients were sent to the Tenet hospitals for labor and delivery. As a result, the government charged, many of the mothers were forced to travel long distances to deliver their children, risking the health and safety of the mothers and their children.

Between 2000 and 2013, Tenet received more than $145 million from Medicaid and Medicare for patients referred under the unlawful arrangements.

Atlanta Medical Center Inc. and North Fulton Medical Center Inc. will plead guilty to an information charging them with conspiracy to defraud the United States and to pay health care kickbacks in violation of the AKS. Tenet HealthSystem Medical, Inc., the parent of the two Atlanta companies, as well as of the other two hospitals, has also entered into a three-year non-prosecution agreement (NPA) related to these charges.

Between 2000 and 2013, Tenet received more than $145 million from Medicaid and Medicare for patients referred under the unlawful arrangements. The two hospitals will forfeit that amount to the United States.

The information also charges, however, that the two hospitals conspired to defraud the Department of Health and Human Services (HHS) in its administration and oversight of the Medicare and Medicaid Programs based on their failure to comply with the CIA and concealment of the unlawful referral arrangements while they were under the CIA.

The CIA, which was entered in 2006, required hospital executives to file quarterly certifications that they had disclosed any “reportable events,” including any overpayments, violations of Medicare and Medicaid requirements, and incidents of patient harm. The government alleges, therefore, that these executives and others falsely certified that they were in compliance with the CIA and failed to disclose reportable events relating to the unlawful relationship.

Under the civil settlement, Tenet Healthcare Corporation will pay $368 million to the federal government, the state of Georgia, and the state of South Carolina to resolve claims asserted under the Georgia False Claims Act and the FCA. Under the terms of the NPA, Tenet Healthcare Corporation and Tenet HealthSystem Medical, Inc. will also be required to cooperate with the ongoing investigation and implement specific measure to enhance their compliance and ethics program and internal controls.

This case is a salutary warning to companies that are under, or in the process of entering, a CIA as part of any settlement with the government.

The government has used CIAs to require companies to develop compliance programs, as well as the corporate structures to implement them. Increasingly, however, CIAs have expanded the responsibility for corporate compliance beyond the Compliance Department to other company executives and the Board of Directors. While compliance certifications are designed to strengthen corporate oversight, the Tenet case makes clear that the government will use them to hold individual executives and Board members accountable, not just for compliance failures, but for the conduct underlying those failures.

This circumstance, in juxtaposition with the Yates Memo’s directives regarding individual accountability for corporate acts, should cause companies and executives to consider their responsibilities under a CIA – and the certifications they make – very carefully. The fact that the subsidiary hospitals were required to plead guilty to criminal charges; the inclusion of the false certifications by the executives and others in the criminal charges; and the stringent requirements Tenet must meet under the NPA and the new CIA, all highlight the government’s increasing tendency to use compliance as a weapon, as well as an instrument, in its anti-fraud efforts.

To review the entire document and formatting for this alert (e.g., footnotes), please access the original here. 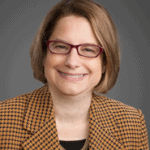 Sara M. Lord is a partner in the Litigation, Government Investigations, and Healthcare Practices. An award-winning former federal prosecutor, she has extensive experience investigating and litigating healthcare fraud, financial fraud and public corruption cases throughout the United States.
Share the news
TwitterFacebookLinkedInPinterestRedditEmail