The chief executive of law firm Knights has sold a £61.2m (US84 million) stake in the company after it underwent a secondary placing and has already joined the Sunday Times Rich List as one of Britain’s new Power Lawyers.

The firm, originally back by Dragons’ Den principal James Caan (pictured left) in 2013, as we reported in LawFuel.

We also reported that the firm had bounced back strongly from the COVID lockdowns early last year and has now seen a major pay day for its chief mover-and-shaker, David Beech.

Beech has offloaded 15.7 million shares in the company at 390p each, leaving him with a 20.4% holding in the firm.

Bal Johal the chairman of Knights has sold a £1.17m share in the firm.

Beech said: “We are delighted to welcome a number of new institutional investors to our already high-quality shareholder register.

“I remain fully committed to delivering our ambition to build the leading legal and professional services business outside London and believe that, with a more diversified shareholder base, our business is in an even better position to achieve this.

“Following the placing I remain a substantial long-term shareholder and I look forward with confidence to continuing to drive the company’s growth, both organically and through selected acquisitions.”

According to The Sunday Times’s research, Beech owned a 44.32 per cent stake in the firm, which listed on London’s AIM exchange in June 2018.

The firm was subject to a management buy out in 2012. Beech joined the firm, in the East Midlands, in 2011 when it had just two offices and 150 professionals. However by March last year it had taken over the Leeds-based Shulmans and the southern firm of ASB law and saw deals that took its number of fee earners to 900 over 15 offices, intent on making it the largest legal and professional services firm outside of London.

The deals took its fee earner count to 900 across 15 offices and marked the latest stage of its plan to become the largest legal and professional services firm outside London.

Beech began his career as a regional lawyer before learning the ropes in private equity by working in the area for a decade. He has been one of the few who entered the Sunday Times Rich List last year with a strong performance financially via his Knights Group. 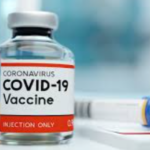