It doesn’t get much tougher for anyone that surviving a tough refugee camp, particularly if education has been denied. But Kiwi-educated lawyer Rez Gardi became the first Kurd graduating from Harvard Law School and is now prosecuting the Islamic State for egregious war crimes – the very people who persecuted her own Kurdish people.

Once again, Rez Gardi’ challenging background and career has been highlighted with a BBC interview on her remarkable story. As someone from Iraqi Kurdistan Rez Gardi had no idea where New Zealand was, being sold it was a city in Australia, when she was sent to New Zealand with her family as a refugee.

“It was so green . . I had never seen so many trees in my life,” she said when flying over Auckland. “I found it so beautiful. We are literally landing in Heaven.”

In Auckland she spoke no English, being her fourth language, other than being able to say: “My name is Rez”.

Her achievements are now the stuff of Wikipedia, as listed on her page:

She became a Young New Zealander of the Year, co-founded the Centre for Asia Pacific Refugee Studies at Auckland University and Empower, an organisation encouraging refugees towards high education. After working for Chapman Tripp as a solicitor worked for the Human Rights Commission and the United Nations in Africa before working as an international human rights lawyer and assisting in the prosecution of war crimes committed by ISIS in their genocidal campaign against the Yezidis, including mass executions, kidnapping, torture, sexual violence and other major crimes.

She wanted to be a lawyer from an early age, attending Auckland law school before studying in the US. In 2015 she went to Harvard and is now their first Kurdish law graduate.

As someone who had Kurdish relations who fought the Islamic State, she fought discrimination once the family fled to Pakistan and dealt with language and cultural issues once arriving at her new home in New Zealand.

However her keen and long-held desire to become a lawyer not only overcame the obstacles she faced on a daily basis, but has also seen her achieve international recognition for her work assisting refugees of all stripes, as well as one of the lawyers fighting the Islamic State brutality and criminality that condemned many of her people to slavery and death. 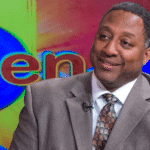 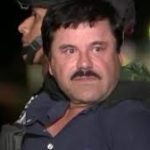