“As a unanimous jury has found, for nearly a decade, Khaled al Fawwaz played a critical role for al Qaeda in its murderous conspiracy against America.  Dedicating himself to al Qaeda in the early 1990s, Fawwaz was one of Osama bin Laden’s original and most trusted lieutenants, serving first as the leader of an al Qaeda training camp in Afghanistan, then as a leader of al Qaeda’s terrorist cell in Kenya, and finally as bin Laden’s media adviser in London.

“From his position in London, Fawwaz served as bin Laden’s bridge to the West in the pre-Internet era, facilitating interviews of bin Laden in Afghanistan by Western media and disseminating bin Laden’s 1998 fatwah commanding followers to kill Americans anywhere in the world.  That directive was followed by the 1998 bombings of our embassies in Kenya and Tanzania, which resulted in the murder of 224 innocent people, and the wounding of thousands more.  From the time of the embassy attacks, all 10 defendants tied to those attacks have now been convicted by trial or guilty plea in a Manhattan courtroom.  From his one-time place at the top of al Qaeda’s membership list, Fawwaz now joins the long membership list of convicted, jailed terrorists.  That list includes two other major figures in the past year alone, Abu Ghayth and Abu Hamza, all of whom have received full justice in a Manhattan courtroom – the verdict of 12 ordinary Americans rendered after a fair and open trial.  We hope this verdict gives some comfort to al Qaeda’s victims around the world.” 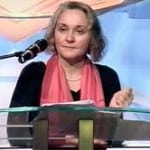