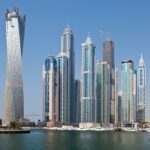 LawFuel.com – Are there likely to be a further growth in US law firms seeking more exposure to the Middle East, following Baker & McKenzie’s recently announced tie-up with the Dubai-based Habib Al Mulla law firm?

The Baker & McKenzie merger, which takes effect on 1 July, creates the fifth office for the mega-firm in the Gulf and signals the firm’s desire to stake its claim to more work in the fast-developing Gulf region.

The UAE merger is the first major integration of a local firm with an international firm and some regard it as the forerunner of others, although the competition for work in the Gulf will be tough given the major firms, mainly London-based, that are already in the region, as the Financial Times reports.

Magic circle firms such as Clifford Chance and Linklaters have set up their own offices in the Dubai International Financial Centre, which has its own common law legal system for commercial operations that sits alongside the onshore UAE judicial system.

Law firms have been keen to ramp up their presences in the UAE as a bridgehead into further expansion in other parts of the Gulf.

Before the global financial crisis, partners were fighting over financial deals as the credit boom combined with high oil prices to trigger a frenzy of overseas asset purchases and domestic property deals.

Law firms since the Gulf crash have been refocusing on restructuring, arbitration and litigation as debts defaulted and deal flow collapsed.

Baker & McKenzie has 150 staff across the Middle East and north Africa, including 30 partners. The US firm, which operates in 45 countries, has had a presence in Riyadh since 1979 and recently branched out into Morocco, Qatar and Turkey.

Offering a “one-stop shop” legal service for clients, the firm says the merger will deepen its clients’ knowledge of the local legal system, which is often opaque and confusing for foreign investors.

Habib Al Mulla, formed in 1984, has developed a reputation as one of the top local law firms with 45 lawyers across Dubai and Abu Dhabi offices.

With a focus on litigation and arbitration, the local firm hopes to benefit from the overseas transactional capabilities of Baker & McKenzie, which last year reported revenues of $2.3bn.

“For us, the synergies are apparent,” says Borys Dackiw, managing partner, Gulf region, who will co-run the business with Mr Mulla.

“This combination has no overlap – litigation feeds into commercial work very nicely, which will enhance value to our service and clients.”