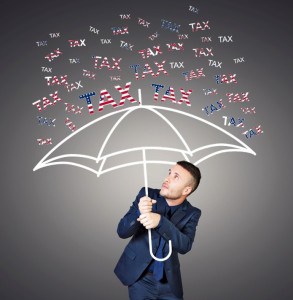 Ifrah Law – Nicole Kardell – Are you an American abroad living in perpetual fear of the IRS? Do you wake up every morning wondering if today you’ll receive a formidable notice that the taxman cometh?

You are not alone.

Expats around the world are facing (and fearing) the painful reality that the IRS’s global tax enforcement effort is underway. While you may want to stick your head in the sand, a brief review of where we are and how we got here may encourage you to confront your IRS situation.

It started in 2010 with the passage of the Foreign Account Tax Compliance Act. FATCA was billed as an effective way to tackle offshore tax evasion. The legislation requires foreign financial institutions (FFIs) to report on U.S. taxpayers’ accounts or face hefty withholding penalties on transactions passing through the U.S. Affected institutions include not only banks, but any entities substantially engaged in holding or investing financial assets for others. These institutions are required to comply with the law regardless of conflict with the laws of their home country. That means FFIs have been put in the position of potentially violating local data privacy or bank secrecy laws or getting hit with significant penalties on funds passing through the States.

While the PR for the legislation presented it as an important means to tackle rich and greedy tax cheats, the reality is that FATCA impacts a lot more people than Swiss banking billionaires. The legislation has plenty of repercussions for the seven million plus U.S. citizens living abroad. Suddenly, dual citizens with negligible ties to the U.S. (say, they were born in the States but haven’t lived in the U.S. since infancy) realize they are supposed to be reporting their income and assets to the IRS, regardless of foreign location. Many of the unwitting lawbreakers and quiet law deniers have been waiting out the storm, not seeking resolution with the IRS as they think FATCA is not a fixed reality.

There is good reason why some people have hoped FATCA would be repealed, overturned, or perhaps ignored by other countries: (1) the conflicts between local laws and FATCA reporting requirements, (2) the significant costs to FFIs to implement FATCA compliance programs, (3) the unintended consequences to average expats that makes the legislation politically unpopular. The Alliance for the Defense of Canadian Sovereignty launched a legal challenge to FATCA in the Canadian courts. U.S. super lawyer, James Bopp Jr., has helped Republicans Overseas launch a challenge to the law in U.S. courts. And Senator Rand Paul has reintroduced legislation to effectively repeal the law. One would think Senator Paul’s efforts should get traction since there is a Republican-controlled Congress and the party has made FATCA repeal a part of the Republican National Committee platform. But power assumed is hard to retract.

Meanwhile, implementation of the law has trudged on. After a few delays, the law took effect July 1, 2014, and reporting has begun. More than 100 countries have entered treaties (intergovernmental agreements) with the U.S. to facilitate reporting and to get around local law conflicts. Countries with data privacy laws have agreed to have FFIs report to local tax authorities who in turn will report to the IRS. Even countries known for bank privacy protection and bank secrecy (like Switzerland, Hong Kong, and Austria) have agreed to comply with FATCA, eliminating secrecy for U.S. taxpayers.

Paving the way for large scale reporting, the IRS recently launched its web application, the International Data Exchange Service (IDES), for FFIs and foreign tax authorities. IDES is supposed to allow these FFIs and tax authorities to submit U.S. taxpayer information efficiently and securely by an encrypted pathway.

With treaties in play, reporting underway, and technological platforms built, the chances of FATCA getting repealed, overturned, or ignored are dissolving. This is especially true as more countries take their cues from FATCA and consider their own global tax enforcement efforts. Moving in this direction, the Organization for Economic Cooperation and Development has issued a new standard to facilitate intergovernmental sharing of financial data.

Expats that are behind on their IRS reporting need to face this fact and bite the bullet before they shoot themselves in the foot. It is important to address options, like whether or how to use the IRS’s Online Voluntary Disclosure Program or whether and how to renounce U.S. citizenship (note, you’ll still have to pay up for past deficiencies). But the reality is that FATCA is in force and the IRS is invested in ensuring all U.S. taxpayers comply. You may disagree in principle and you may (and perhaps should) advocate for repeal or revision. But in the meantime, find a way to face Uncle Sam. 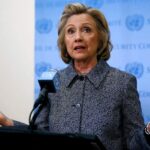