. . and why the Bar Association has some questions to answer

John Bowie The Wellington legal fraternity’s worst kept secret was revealed publicly recently with the outing James Gardner-Hopkins being named as the lawyer who was found guilty of six misconduct charges, including touching summer interns inappropriately.  It was a slow road to justice for the interns – six years – but it has doubtless increased the transparency on the workplace culture of the law profession, prodded along by some feisty barracking from the sidelines and a bulky report from Dame Margaret Bazley.

It is well known that Gardner-Hopkins’ behaviour was far from an exception in the legal community.  In recent years there have been myriad accounts of those in leadership positions, typically at the larger firms, behaving in ways that quite clearly fall well short of not just their professional obligations but wider social and even legal boundaries.  And so the naming and eventual penalty that will be handed down to a formerly smart and successful lawyer is to be welcomed, but it also leaves some unanswered questions.
How and why is this lawyer now a household name in the legal community – but not others against whom serious allegations have been made (and sometimes conceded)?

The answer in large part relies on Gardner-Hopkins’ own brazen behaviour.  However, it is also true that as Partner, he was wheeled out on a regular basis to represent the ‘young, hip’ side of the firm.  With his penchant for fashion, dreadlocks and thirst for a night out, he was the firm’s go-to Partner for client and staff entertainment.
And so the firm knew exactly what type of unhealthy lifestyle it was sponsoring – certainly it did not have knowledge of his inappropriate physical behaviour, but it was clear as daylight within Russell McVeagh that the lifestyle of Gardner-Hopkins was unsustainable and likely to end in tears.  So long as he kept billing, the firm did not mind, it would seem.
It’s a similar story to any number of firms.
And having put him up to the job of being entertainer-in-chief (not to mention a first-rate lawyer on resource management issues), when the music stopped – what did the firm do?  It could hardly defend his behaviour, but who came to support him when the going got tough, and after all the seeds had been sown for the prior 10-plus years?  Gardner-Hopkins was without any character reference, support or network from his old firm.  Having been happy to prosper off his work, the firm was quick to turn its back when it needed to.  Loyalty is not a word associated with big firms, and Gardner-Hopkins will now be seeing what that really means.
He was also an atypical Big Law partner.  The son of a Niuean factory worker with dreadlocks, he was the hip guy who came from the wrong side of the tracks, but made it through smarts and fee-earning.  It’s a shame his other demons let him down.
But what sticks in the collective craw of the profession is that those others against whom serious allegations have been levelled in recent years have had their soft departures from the big firms facilitated.  A quiet resignation, leaving drinks, a pat on the back and a walk across Shortland Street to join the Bar, to which new instructions inevitably flow from their old colleagues. 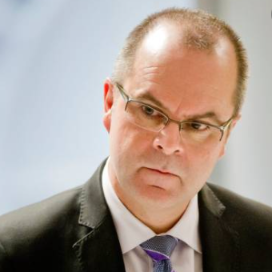 With the Bar in recent years becoming the dumping ground for solicitors forced out of firms, one queries whether the NZ Bar Association has any recognition of the damage the silent jump from firms to chambers is having on its reputation. Bar Association President Paul Radich QC (right) needs to consider where and how his association could better protect the reputation of what should be the high-point of advocacy and legal representation, rather than the second hand car yard for solicitors forced out of their jobs.
But first, the behaviour should not be happening at all.  But where it does, or has already occurred, the inequity in the treatment of people like Gardner-Hopkins needs to be recognised and addressed – there is no question of the need for accountability; the question is, accountability of whom?
Error, group does not exist! Check your syntax! (ID: 19)

Have your say on Aotearoa New Zealand’s electoral system