Like a gathering of old friends, the multiple lawyers involved in the defense and prosecution of Jordan Belfort and Stratton Oakmont – the “Wolf of Wall Street” principal and his firm – joined a law school discussion to consider and debate the case and the sex and drugs portrayed in the movie.

“The Wolf of Wall Street”, where Leonardo di Caprio, was a case of greed and excess, drugs and sex, rather than being a tale of fear and loathing.  The movie played down the sex and drugs and showed the ‘pump-and-dump’ penny stock peddlers as more innocent than they were in actuality, according to Ira Sorkin, a partner at Lowenstein Sandler who represented the company during its years of investigation and litigation 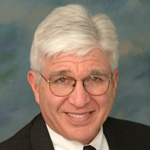 Sorkin spoke at Benjamin N. Cardozo School of Law Wednesday night at a panel discussion that was a de facto reunion of lawyers who participated in the case from all sides, reported by the New York Law Journal.

One panel focused on how the Long Island brokerage firm, which defrauded investors of $200 million, was investigated and prosecuted. Another explored the company’s liquidation under the Securities Investor Protection Act.

Moderators were Kirkland & Ellis partners Jonathan Henes, who focuses on restructurings, and Robert Khuzami, a former enforcement director for the Securities and Exchange Commission.

Sorkin said he got a call from Stratton Oakmont founder Jordan Belfort—portrayed by Leonardo DiCaprio in the film—as early as 1989, when the brokerage firm had just 10 employees. Sorkin briefly sent a colleague to Long Island to advise Belfort on regulatory compliance, he said, then didn’t hear from Belfort again until Stratton Oakmont’s dealings appeared in the news in the early 1990s.

“He is a very smart individual, a tremendous salesman, very bright,” Sorkin said. “He was able to influence all the young, inexperienced people and promise them riches beyond their wildest belief.”

Unlike traditional recruitment on Wall Street, where firms seek to hire people with an established client base, Belfort wanted young people so he could teach them his methods, said Gregory Coleman, a special agent with the Federal Bureau of Investigation who investigated the company.

The pump-and-dump scheme worked like this: the firm controlled the supply of shares by selling a stock offering to friends of the firm at, say, $4, then buying it back at $5. Brokers would then make their pitch to clients, creating demand and artificially driving prices higher. Finally, they would dump all the firm’s shares, dragging prices back down and hurting stockholders.

“The mere issuance of stock to an offshore account was the fraud,” Coleman said. “Every single transaction from that point forward was a money-laundering violation.”

In 1999, when a judge set Belfort’s bail at $10 million, trucks pulled up at a Brooklyn courthouse to drop off $7 million in jewels and $3 million in cash, recalled Joel Cohen, a partner at Gibson Dunn & Crutcher, who prosecuted the Stratton Oakmont case as an assistant U.S. attorney for the Eastern District.

The Wolf of Wall Street movie went on to garner huge success, but the question remains whether the lessons from Belfort’s case and the multiple violations have been learned by Wall Street.
See: NY Law Journal