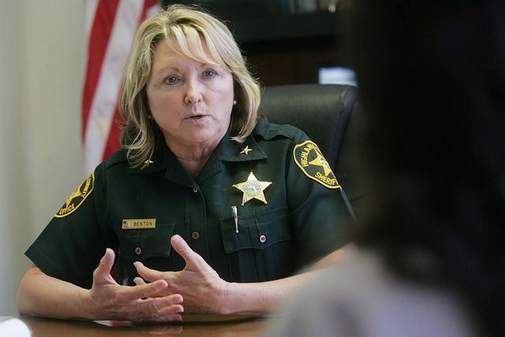 TALLAHASSEE, Fla.—Attorney General Pam Bondi and Florida Governor Rick Scott held the Women’s Hall of Fame induction ceremony today and announced that the following three outstanding Florida women have been inducted into the Florida Women’s Hall of Fame: Sheriff Susan Benton of Sebring, Louise Jones Gopher of Okeechobee, and the late Dottie Berger MacKinnon of Tampa. Governor Scott chose the three women from a list of 10 distinguished nominees selected by the Florida Commission on the Status of Women for making significant contributions to the improvement of life for women and all citizens of Florida.

Governor Scott said, “Strong women provide an example of service, sacrifice, and dedication for all of us. It was an honor to recognize the contributions of these three outstanding Floridians. The Florida Women’s Hall of Fame is one more way Florida honors women who have dedicated their lives to serving the families of our state.”

“The three women we honored today are truly phenomenal Floridians, and I am proud that their contributions to making Florida a better state will forever be memorialized in the Women’s Hall of Fame,” stated Attorney General Pam Bondi.

Sheriff Susan Benton of Sebring is the first female sheriff elected in a general election in the history of the state of Florida and is currently serving her third term. Sheriff Benton is a fifth-generation Floridian who has served in law enforcement for over 35 years. She has risen through the ranks by gaining the respect and admiration of her colleagues and superiors while continually seeking her education, attaining a Master’s Degree in Public Administration and Certification as a Florida Public Manager. She has consistently gone above and beyond her duties to serve her community with innovative solutions while pushing for programs such as the Special Victims Unit to protect the elderly and the children from victimization, mentor and educate youth, providing substance abuse and mental health treatment within the jail all while holding offenders accountable. Immediately upon taking office as Sheriff, she created a partnership between the community and the Sheriff’s Office to create its first-ever Strategic Plan. Sheriff Benton’s Strategic Plan facilitation not only involved the community, but all units and ranks within the Sheriff’s Office, another first for Highlands County. Sheriff Benton was the 2013 President of the Florida Sheriff’s Association, which is the first time a woman has served in this capacity in the Association’s 115-year history, and currently serves on the National Sheriffs Association Board of Directors. Sheriff Benton continually promotes the advancement of women at every opportunity and has ensured that education, competency, truthfulness and discernment are the most prominent factors for advancement in the Highlands County Sheriff’s Office. The female representation in the Sheriff’s Office has risen from 17 female employees in 2005 to 45 female employees in 2012. Sheriff Benton’s fervor and compassion have made an impact on both her profession and her community. She is involved in community activities beyond the expectations of her position, and she is dedicated to service for all citizens. Her personal dedication and drive to improve public safety and protect those in need has made her a hero in Highlands County.

Louise Jones Gopher of the Brighton Indian Reservation in Okeechobee was the first female member of the Seminole Tribe of Florida to earn a college degree, graduating from Florida Atlantic University with a degree in business. As a former director of education for the Seminole Tribe of Florida, she has been a champion of education for all its members. Born in a chickee in a Fort Pierce Seminole camp, Ms. Gopher spoke no English when she entered school. Nonetheless, she became the first Seminole woman to graduate with a four-year college degree. Known for her dedication to the preservation of Seminole Tribe of Florida culture, Ms. Gopher was a driving force behind the development of the tribe’s first charter school, known as “Pemayetv Emahakv” or “Our Way” School, which opened its doors in 2007. With a focus on American Indian culture, the school addresses the problem of cultural preservation that all Native Americans face by teaching Seminole Tribe of Florida language and traditions to its young members. As a recognized authority and author on tribal history and cultural preservation, Ms. Gopher also was instrumental in the development of FSU’s groundbreaking course, “History of the Seminoles and Southeastern Tribes, Pre-Contact to Present,” which was offered to students for the first time in 2006. Ms. Gopher is credited with helping to increase the number of tribal members who have pursued higher education, including 11 with degrees from, or currently enrolled at, FSU. At the time of her retirement in 2007, a remarkable 90 percent of tribal members were active participants in the programs administered by the Seminole Tribe’s Education Department.

Dottie Berger MacKinnon, formerly of Tampa, was a tireless advocate for women and has left her footprint throughout the Bay area. She was one of the founders of Joshua House, a safe haven for abused, abandoned, and neglected children, in Tampa and she passionately supported the children served there since 1992. After founding the institution she helped the group establish a $1.2 million endowment through the Community Foundation of Tampa Bay in order to ensure that they can continue the work that she started there long into the future. She also served the community as a Hillsborough County Commissioner from 1994-1998. On May 4, 2011 Dottie was honored with the Ellsworth G. Simmons Good Government Award by the Hillsborough County Commissioners in recognition of the significant role that she played in improving government through leadership and vision. From 2005-2009 she worked tirelessly to develop, create and co-found A Kid’s Place, a residential care facility for foster siblings. Before A Kid’s Place opened in 2009, kids who were taken away from abusive homes were often separated from their siblings. Rescued children now stay temporarily in family-like homes while officials search for a stable and unified placement. The achievements of Dottie MacKinnon are truly remarkable. She has been recognized as a true difference maker in the lives of the children of Tampa Bay. Although challenged with cancer many times throughout her lifetime she never faltered as a champion for foster children and she battled unrelentingly in her quest to improve their quality of life. She lost her battle with cancer in October 2013 but her legacy will live on.

“Each year, the Women’s Hall of Fame committee must choose only ten nominees from a long list of highly accomplished women in our state. With each nomination we read, we are reminded that women are leaders in every sector of society,” stated Elizabeth Pines, chair of the Florida Women’s Hall of Fame Committee. “Their dedication to their work has impacted their communities and the State in a powerful and meaningful way.”

“It is an honor for the Florida Commission on the Status Women to be involved in the recognition of women and their accomplishments each year through the Florida Women’s Hall of Fame. The Governor has chosen three outstanding women,” stated Laurie Pizzo, chair of the Commission. “Their impact on all citizens of Florida provides evidence of the critical role that women have played in shaping our state.”

The Commission accepts nominations for the Florida Women’s Hall of Fame from the public each year from April 1 – July 15. Additional information is available on the Commission’s website at http://www.fcsw.net. 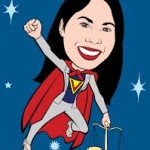 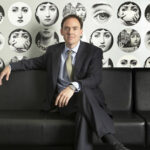