Donald Trump is famously litigious – he has sued entire cities and countries, let alone ex-wives and others – and with very mixed results.

Some of his lawsuits have been strange, misguided or downright bizarre.

And among the many lawsuits – around 3,500 according to as USA Today report,(1,900 as plaintiff, 1,300 as defendant) fighting everything and everyone from the IRS, to the Federal Government to a Miss USA contestant.

This truly is a presumptive presidential candidate who is a Godsend to lawyers.

He claims – dare we say ‘boast’? – that he never settles lawsuits, but in fact at least 100 have settled, mainly involving people who received physical injury on his properties.  Around 700 personal injury lawsuits involve Trump businesses.

“Our philosophy is that we are a company of principle,” says Trump general counsel    Alan Garten.   “When we believe we are in the right, we are going to pursue the matter to the end. If that requires that we go to trial and present evidence to a jury, we are prepared to do so. We are not going to cave to pressure.”

Around half his lawsuits involve gambling-related actions.  The USA investigation showed these amounted to some 1,600 lawsuits and mainly involved gambling debts incurred in Trump casinos.

1.  Trump vs. The Beauty Queen

Sheena Monnin was a contestant in the 2012 Miss USA pageant that the Trump Organization owns.  Ms Monnin claimed that the contest was rigged resulting in the inevitable lawsuit from Donald Trump.

It was one of the few lawsuits he won, with an award of $5 million in damages.

One thing you must never do with Donald Trump is underestimate his wealth.  Author Timothy O’Brien learned that when The Donald sued him and his publisher in 2006 for $5 billion in respect of the book Trump Nation, which recorded his wealth at between $150 million and $250 million.  Trump claimed the estimates were out by around $4 billion to $6 billion.

The lawsuit was dismissed in 2009 and an appeal from Trump was also lost five years later. MSNBC host Lawrence O’Donnell was also threatened with a lawsuit in 2011 over the same issue, with O’Donnell claiming Trump was worth less than $1 billion and Trump responding that the “unwatchable” O’Donnell was off by around $6 billion and deserved a lawsuit as well.

In 2013 Trump sued comedian Bill Maher who had offered to give Trump $5 million on the Tonight Show if he could prove that his father was not an orangutan, an offer that followe3d the controversy over President Obama’s birth record and passports.

Trump gave Maher a copy of his birth certificate but the comedian failed to pay.  Maher later said, on his show, “Donald Trump must learn two things–what a joke is, and what a contract is.”

Trump threatened a lawsuit in 2013 on the organizer of a campaign to have Macy’s department store drop him as celebrity spokesman because of his “sexist behavior” and  a legal letter to Angelo Carusone, who was organizing the campaign, said she had used “mob-like bullying” and threatened a $25 million lawsuit.

Although the lawsuit was not proceeded with because he was unable to establish damages, he was subsequently reported as saying he would see how “thing play themselves out.”

5.  Trump vs. The Newspaper 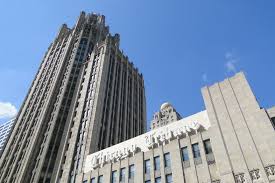 Donald Trump’s plans to build a tower in Manhattan that was larger than the Sears Tower (now the Willis Tower) lead to an article in the Chicago Tribune that expressed doubts it would ever happen, which lead to a lawsuit against the newspaper.

Trump had not hired an architect, according to reports. 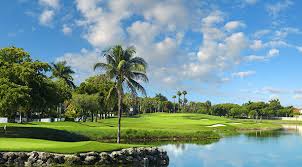 In early 2016 Trump displayed his propensity to sue even for minor issues affecting his properties or brand.  He filed five lawsuits against eight neighbors of his golf club in Miami, the Doral, for alleged “vandalizing” expensive palm trees and plantings his groundskeepers had installed.

The cases are pending but it displays his ability to pursue claims regardless of cost to himself.  In these cases they involve around $15,000 in damages.

Trump sued the town of Palm Beach in Florida for $10 million following citations received for alleged zoning violations as a result of flying over-sized American flags over his Mar-a-Lago club.

The lawsuit’s wording claimed “a smaller flag and pole on Mar-a-Lago’s property would be lost given its massive size, look silly instead of make a statement, and most importantly would fail to appropriately express the magnitude of Donald J. Trump’s and the Club’s members’ patriotism,”

8.  Trump vs. The Coffee Barons 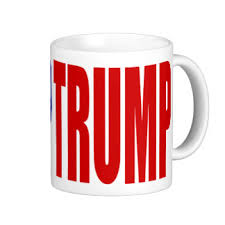 Ever-ready to protect his name, Trump regularly sues to protect misuse of the Trump brand, with several lawsuits arising from the appropriation of his name or anything like it relating to  his onetime coffee business, Trump’s Best Coffee.  Websites with names like trumpabudhabi.com and trumpbeijing.com, and a marketing agency calling itself Trump Your Competition have all been sued by the Trump Organization with mixed results.

Suing someone with the same name was a new one for Donald Trump, as with the coffee lawsuits, but he did it during the 1980s when he found that Julius and Edmond Trump were attempting to buy a chain of drug stores, calling their business “The Trump Group”.  His letter to them complained that his organization stood for respectiability and success across the United States and that he would not tolerate others trying to piggy back on that reputation.
“The defendants are South Africans whose recent entrance in the New York area utilizing the name ‘the Trump Group’ can only be viewed as a poorly veiled attempt at trading on the goodwill, reputation and financial credibility of the plaintiff.”
The case took five years to resolve and was eventually thrown out.

Another ex-wife who felt the wrath of Trump has been Ivana Trump who found herself at the end of her former husband’s lawsuit for $25 million in 1992, which related to her spilling the beans on Trump finances and other matters after signing an agreement that she would not talk p ublicly about their relationship – including finances.

The claim included “willful, deliberate and surreptitious disclosure” of details relating to his finances.

The Trump Tower lawsuit, which was filed in 1983 by members of the Local 95 pension fund, arguing that at least $300,000 in contributions was owed to workers on the Tower construction. The matter concluded in a private settlement in 1999. 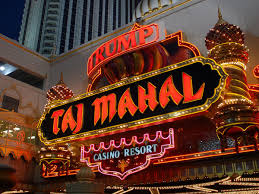 In 1990 he was named as a defendant in 21 lawsuits, which mainly arose from his Chapter 11  bankruptcy protection filing and arose from creditors who arose from the building of the Taj Mahal Casino in Atlantic City.

The casino reportedly lead to debts of aolmo9st $3 billion by 1991.

And so it goes on . . the Donald Trump lawsuits continue and doubtless will do so as long as Donald Trump continues his political and business life, protecting his perceived interests and displaying his characteristically combative character.