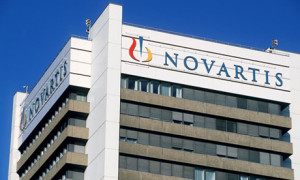 Suit Alleges Novartis Orchestrated a Kickback Scheme with Bioscrip, Inc., by Referring New Patients and Giving Rebates to BioScrip in Return for Bioscrip Increasing Refills of Exjade Prescriptions Through Biased Recommendations to Patients, Which Emphasized the Benefits of Refills While Understating Exjade’s Serious, Potentially Life-Threatening Side Effects
BioScrip Agrees to Pay $15 Million and Makes Extensive Factual Admissions to Resolve Claims

Preet Bharara, the United States Attorney for the Southern District of New York, and Ronald T. Hosko, the Assistant Director of the Federal Bureau of Investigation, Criminal Investigative Division (“FBI”), announced today that the United States has filed additional civil healthcare fraud claims in Manhattan federal court against Novartis Pharmaceuticals Corp. (“Novartis”) and BIOSCRIP, INC. (“BIOSCRIP”).  The Government’s Amended Complaint seeks treble damages and civil penalties under the False Claims Act against Novartis and BIOSCRIP for Novartis providing kickbacks, in the form of patient referrals and in the guise of rebates, to BIOSCRIP in exchange for BIOSCRIP recommending refills to Exjade patients.  The lawsuit alleges that, as a result of this kickback scheme, Medicare and Medicaid have paid tens of millions of dollars in reimbursements based on false, kickback-tainted claims for Exjade shipped by BIOSCRIP.
Simultaneous with the filing of the Amended Complaint, U.S. District Judge Colleen McMahon approved a settlement to resolve the United States’ claims against BIOSCRIP.  Under that settlement, which takes into account BIOSCRIP’s limited financial resources, BIOSCRIP (i) agrees to pay $11,685,705.43 to the United States; (ii) admits numerous facts concerning its relationship with NOVARTIS; and (iii) agrees to cooperate with the United States in the prosecution of the claims against NOVARTIS.  BIOSCRIP has also agreed in principle to pay $3.31 million to a group of States to settle the States’ claims based on the same alleged conduct.