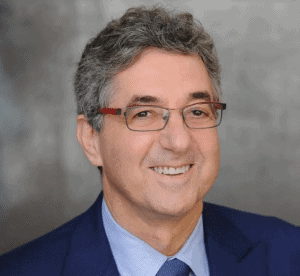 Bryant has twice been named one of the “100 Most Influential Attorneys in America” by The National Law Journal for his notable victories and precedents in many areas of the law, including constitutional law, toxic torts, civil rights, consumer protection, class actions, and mass torts.

“I am extremely pleased Arthur is joining Bailey & Glasser,” said Benjamin L. Bailey, founding partner, Bailey & Glasser. “His years of experience in class and consumer litigation, as well as his knowledge of the obstacles to access to the courts, will benefit our work for our clients across the country. In addition, his coming aboard is our first step in establishing a physical presence on the west coast, where our firm already enjoys a substantial litigation presence. Arthur has spent his career fighting for people, winning high-stakes litigation, and making new law that advances justice. Bailey & Glasser is the ideal home for Arthur to continue that work.”

Bryant joined Public Justice in 1984 as its sole staff attorney.  He was appointed Executive Director of the organization in 1987, became its Chairman in 2014, and was named Chairman Emeritus in 2019, his 35th anniversary year. During his tenure as Executive Director, Public Justice became involved in a broader range of precedent-setting, high-impact litigation than any public interest group in the nation ­— fighting for consumers’ rights, workers’ rights, civil rights and liberties, environmental protection, corporate and government accountability, and the rights of the poor and powerless.

“I am looking forward to transitioning back to private practice, and particularly to collaborating with Ben in expanding the cutting-edge plaintiffs’ practice at Bailey & Glasser,” said Bryant. “At this point in my career, I’m eager to be back in the battle: personally pursuing hands-on high-stakes litigation; holding powerful individuals and groups accountable; and ensuring that justice is done. I’m extremely proud of my role building Public Justice – and thrilled to be leaving it in such great shape and good hands. But, after 35 years, the time has come to move on. I know that Ben and I, and everyone at Bailey & Glasser, are going to have fun and make a difference together.”

Bryant and Bailey met in 1976, when they started Harvard Law School together, and are long-time friends. Bailey is a member of the Board of Directors of the Public Justice Foundation, where Bryant will continue to serve through the end of the year as Chairman Emeritus, while starting full time in his new role at Bailey & Glasser.

Under Bryant’s leadership, Public Justice launched its renowned Access to Justice Campaign in 2004, making the organization the national leader in the courts against corporate efforts to expand mandatory arbitration, federal preemption, class actions bans and abuses, unjustified secrecy, and other barriers to citizens’ right to a jury trial and their day in court. His work has earned numerous accolades over the past three decades.

Celebrating 20 years of exceptional and creative client service, Bailey & Glasser LLP was founded by Ben Bailey and Brian Glasser in Charleston, West Virginia in 1999. Since then, the firm has grown to more than 50 lawyers located in 11 offices including Birmingham, AL; Oakland, CA; Washington, DC; Wilmington, DE; St. Petersburg, FL; Boston, MA; St Louis, MO; Cherry Hill, NJ; Westchester, NY; and Morgantown, Charleston, and Wheeling, WV. Clients rely on Bailey & Glasser to handle their most challenging and consequential legal issues – regionally and nationwide – using a trial-focused approach to litigation to vigorously protect the interests of clients. We represent individual plaintiffs and defendants, as well as governments and businesses. The firm’s corporate practice handles business matters ranging from the negotiation and execution of billions of dollars in commercial transactions, to IPOs, to assisting foreign businesses with investments in US assets.