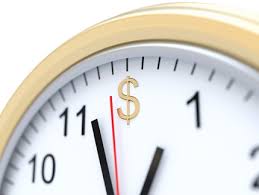 Geoffrey S. Berman, the United States Attorney for the Southern District of New York, and Rene Febles, Deputy Inspector General for Investigations for the Federal Housing Finance Agency (“FHFA-OIG”), announced today that the United States has filed a complaint-in-intervention against Rosicki, Rosicki & Associates, P.C. (“ROSICKI”), a foreclosure law firm in New York, and its wholly owned affiliates, Enterprise Process Service, Inc. (“ENTERPRISE”) and Paramount Land, Inc. (“PARAMOUNT”), for engaging in a scheme to generate false and inflated bills for foreclosure-related expenses and causing those expenses to be submitted to and paid for by the Federal National Mortgage Association, known colloquially as Fannie Mae. The case is assigned to U.S. District Judge Jed S. Rakoff.

Manhattan U.S. Attorney Geoffrey S. Berman said: “As alleged in the complaint, for years the Rosicki law firm exploited its relationship with Fannie Mae, a Government-sponsored entity, for its own financial gain by knowingly causing Fannie Mae to pay artificially inflated costs for foreclosure-related services. This lawsuit demonstrates this Office’s continued commitment to root out fraud in all of its forms.”

FHFA Deputy Inspector General for Investigations Rene Febles said: “FHFA-OIG recognizes that the best deterrent against fraud is a proactive and visible law enforcement effort. We are vigilant and remain committed to conducting vigorous investigations and working closely with prosecutors to hold those organizations and persons accountable who waste, steal, or abuse funds in connection with FHFA or any of the entities that it regulates.”

As alleged in the complaint:

From May 2009 through the present (“Covered Period”), ROSICKI, a law firm based in Plainview, New York, that specializes in mortgage foreclosures, acted as counsel to various mortgage servicing companies, and in that capacity effectuated mortgage foreclosures on Fannie Mae-owned loans. ENTERPRISE was a service-of-process company wholly owned and controlled by the two founding partners of ROSICKI, and PARAMOUNT was a title search company also wholly owned and controlled by the same ROSICKI partners.

Throughout the Covered Period, ROSICKI, ENTERPRISE, and PARAMOUNT perpetrated a scheme whereby ROSICKI exclusively engaged ENTERPRISE and PARAMOUNT purportedly to serve process and perform title searches that were required to complete mortgage foreclosures on Fannie Mae-owned loans. In reality, however, ENTERPRISE and PARAMOUNT engaged third-party vendors to perform the majority of the work, and then applied exponential markups, as much as 750%, to those vendors’ bills for foreclosure-related services, while adding little if any value to the services that the vendors had performed. ENTERPRISE and PARAMOUNT submitted their marked-up expenses, which significantly exceeded market rates, to ROSICKI. ROSICKI in turn billed the mortgage servicers for those inflated expenses, which ROSICKI represented were the actual expenses incurred for the foreclosure-related services, with knowledge that the mortgage servicers would submit claims to Fannie Mae for full reimbursement of the expenses. Defendants’ submission of these fraudulently inflated expenses caused Fannie Mae to pay millions of dollars for falsely inflated foreclosure expenses.

This matter was initiated by a relator pursuant to the qui tam provisions of the False Claims Act, 31 U.S.C. § 3729 et seq.

Mr. Berman thanked the FHFA-OIG for its efforts and ongoing support and assistance with the case.

The case is being handled by the Office’s Civil Frauds Unit. Assistant U.S. Attorneys Cristy Irvin Phillips, Andrew E. Krause, and Lauren A. Lively are in charge of the case.