Evandro C. Gigante and Jacklina A. Len write in the NY Law Journal about the increasingly important area of discovery as it affects employment law cases. 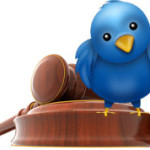 With over one billion users on Facebook and the explosion of Twitter and LinkedIn, it is no surprise that social media has become an integral part of the day-to-day lives of employees across the country. As these social media websites have become increasingly popular, courts have continued to address the legal issues raised by social media, particularly in the area of discovery.

This article focuses on recent developments in the discovery of social media content in employment discrimination cases.1
Social Networking Site Information
[wp_ad_camp_2]
Questions of relevance and undue burden are nothing new to lawyers in the discovery stage of litigation. The developing body of law relating to e-discovery of social networking information, however, has illuminated some of the challenges that attorneys often confront when crafting discovery requests, and has also presented some new challenges. For example, obtaining relevant information in the form of social media content requires counsel to be up to speed on how social media sites work and what the proper terminology is when crafting requests for social media content. Not surprisingly, courts have generally prevented employers in litigation from obtaining an employee’s entire social networking profile on the theory that allowing such broad discovery would amount to the proverbial fishing expedition. Therefore, as the range of social media content expands to include new and different forms of communication and expression, it is important that information sought in a discovery request be relevant to the claims asserted.

Rule 34 of the Federal Rules of Civil Procedure entitles a party to obtain documents or electronically stored information from other parties in discovery, provided that the materials sought are relevant and that the requesting party identify such materials with “reasonable particularity.”2 The rules also, however, permit courts to limit discovery where the “burden or expense of the proposed discovery outweighs its likely benefit.”3

Applying these principles, courts have recently considered requests for social media content in employment cases by examining the scope of requests in light of the claims asserted, as well as whether the requests identify the information sought with reasonable particularity.

For example, in Mailhoit v. Home Depot,4 plaintiff claimed she was discriminated against by her employer, Home Depot, as a result of which she allegedly suffered post traumatic stress disorder and depression, and also isolated herself from others. Based on these allegations, the defendant/employer requested that plaintiff be compelled to produce social media content including her profiles, postings, messages, status updates, wall comments and blog entries regarding any emotion, feeling, or mental state of plaintiff or any communications relating to events that “could reasonably be expected to produce a significant emotion, feeling, or mental state.” While the court held that social networking content is not entitled protection based on a right of privacy, it also held that the social media content must be relevant to the litigation.5 Accordingly, the court found when requesting communications regarding a party’s mental or emotional state, it is “the substance of the communication that determines [its] relevance[,]” rather than merely the fact that the user had such communications.6

With regard to the defendant’s request in Mailhoit, the court held that such request was overly broad and failed “to put a ‘reasonable person of ordinary intelligence’ on notice of which specific documents or information would be responsive to the request.”7 Similarly, the court found that a request for all photographs posted by plaintiff on her social media profile over a seven-year period was overbroad as it was not limited to the issues relevant to the case.8

Mailhoit is notable for two reasons. First, it stands as a reminder of the importance of crafting narrowly tailored requests that identify the information sought. Second, it shows that courts are apt to analyze these issues differently depending on the circumstances of each case. In that regard, the court mentioned in a footnote that the requests it found to be overbroad were, in fact, modeled after requests found to be permissible by the District Court for the Southern District of Indiana in E.E.O.C. v. Simply Storage Mgmt.9Simply Storage Mgmt. is one of the earliest cases to address the discoverability of social media and is often cited as an authority on the proper scope of discovery requests for social media content.10 As another example of how courts may evaluate social media requests differently, some courts require a threshold showing of relevance based on the content found on a user’s public profile before they will compel production of the user’s private postings and other non-public communications.11

In another recent decision of note, the court in Giacchetto v. Patchogue-Medford Union Free School District,12 held in a disability discrimination case that “routine status updates and/or communications on social networking websites” were not relevant to plaintiff’s claim for emotional distress. That said, social media postings pertaining to the emotional distress allegedly suffered as a result of the employer’s actions were relevant. Similarly, the court found that postings which refer to “alternative potential stressor[s]” may be relevant because by asserting a claim for emotional distress, the “plaintiff has opened the door to discovery into other potential sources/causes” of her distress.13

In another disability discrimination case, German v. Micro Electronics,14 the court rejected plaintiff’s claim that defendant’s request for social media information was too burdensome. In this case, the defendant/employer requested that the plaintiff produce any “blogs, social media sites, postings and similar online activities where plaintiff addressed her workplace, health condition, or other issues raised in her Complaint since January 1, 2009.”15 The court held that the plaintiff’s burden of responding to this request did not outweigh the benefit of the requested information because the defendant “limited the scope of its request such that it targets only plaintiff’s blogging and online activity since 2009 that concern her workplace, health condition, or other issues raised in her Complaint.” The court held that based on the plaintiff’s “admission that she utilizes journals to communicate about her various health conditions, [the defendant’s] narrowed request is reasonably calculated to discover information bearing on important issues in the case, namely, [plaintiff’s] heatlh, which is central to her claims, as well as her damages.”16

The issue of social media discovery was handled differently in E.E.O.C. v. Original Honeybaked Ham of Ga.,17 where the court—in response to a request to compel the production of social media content in a class action—created a process by which social media content would be reviewed in camera for relevance before being produced to the defendant. Here, plaintiffs brought claims alleging, among other things, that the defendant/employer engaged in class-wide sexual harassment and retaliation.18 Because plaintiffs sought emotional distress damages, defendants requested in discovery class members’ social media accounts and text messages concerning their alleged emotional and financial damages.19

The court found that since plaintiffs used social media to communicate information about their employment as well as their “then-contemporaneous emotional state,” such discovery into plaintiffs’ social media content was proper.20 In fact, the court noted, “[t]here is a strong argument that storing such information on Facebook and making it accessible to others presents an even stronger case for production,” since the claimants “by their own volition, created relevant communications and shared them with others.”21 To resolve any disputes over the discoverability of social media content, the court in Original Honeybaked Ham appointed a Special Master to collect social media information, review the information in camera to determine its relevance, and order the production of only relevant information to the defendant.22