Lawyers travel frequently and sometimes it may seem that making the trip is harder than making the deal or negotiating the settlement.  Visiting even an exotic-sounding capital can be anything but exotic, with the weary lawyer(s) returning home more jaded than when the trip commenced.

So how can you stay sane and avoid the dreary feeling of being an unloved traveler in a cookie-cutter hotel room?

The New York Times’ Steven Kurutz took a look at the issue by talking to a few travelers – not lawyers, but those who have experienced the issues faced by so many who spend their days and nights away from  home feeling anything but good.

From the Kurutz report:

A specific condition afflicts business travelers: Call it hotel gloom, an amorphous melancholy that seems to thrive in the perfectly serviceable hotel rooms of the $200-a-night-and-under variety. Al Jackson has experienced it many times.

Mr. Jackson, 38, a stand-up comedian who has been touring for more than a decade, has stayed in Red Roof Inns and Wyndham hotels across this land. Inserting his key card can be like a gateway to existential dread.

“When you open the door, there’s that rush of air, always that same kind of stale smell,” he said. “Sometimes the door shuts behind you. You’re in this semidark room. You drag your bag to where everyone sets their bag and it’s, ‘How did I get here again?’”

The hospitality industry tries its best to counteract this adult version of homesickness.

Everything about the guest experience, from the smooth jazz playing in the lobby to the earth-tone décor, is designed to create a veneer of contentment and belonging. But hotel gloom has recently slipped into the cultural conversation nonetheless.

First there was “Hotels of North America,” a novel published last fall by Rick Moody told in the form of online lodging reviews. Then came “Anomalisa,” the Oscar-nominated animated film written and co-directed by Charlie Kaufman, which centers on a businessman’s stay in an upscale Cincinnati hotel that Tad Friend, writing about the movie in The New Yorker, described as “oppressively functional.” (Picture the best Hampton Inn you’ve ever stayed in.)

Curiously, both the novel and the movie center on drifting middle-aged motivational speakers. They use the hotel stay as a metaphor for emotional estrangement and societal disconnectedness. It’s a dark night of the soul rendered through free continental breakfasts and nightly turndown service.

“I used to stay in this Radisson in New London, Conn.,” Mr. Moody said. “I still have nightmares about the Edward Hopper-esque loneliness.”

He spoke of the “dread of the key being demagnetized” and the “mounting anxiety” that “whatever little shred of home or idea of home that you can carry into that room” will be lost. In this way, Mr. Moody, 54, resembles his novel’s narrator, who, while staying at a La Quinta Inn in Tuscaloosa, Ala., undergoes a “profound personality change” brought on by the hotel’s “nauseating pastels” and “faux-Mexican décor.”

Perhaps the artistic temperament is not suited to hotel life. The cartoonist Charles M. Schulz told his biographer: “Just the mention of a hotel makes me turn cold. When I’m in a hotel room alone, I worry about getting so depressed I might jump out of a window.”

Carol Margolis, 56, has spent 30 years fighting off hotel gloom. She traveled frequently as a consultant for large corporations, once spending so much time on the road that she had a permanent room at a Marriott Residence Inn in Cleveland. Now she advises companies about business travel.

For her, Rule No. 1: Never let the gloom gain a foothold. “I was afraid that if it happened once, it would keep happening,” she said. “It’s kind of like one drink and you fall off the wagon.”

For Ms. Margolis, who is married and lives in Florida, the problem is not the travel itself. She loves to walk down the jet bridge and board a plane, and the feeling of touching down on a runway a thousand miles from home promises new experiences, new adventures.

The challenge comes later in the journey.

“When you get to the hotel, the movement stops,” she said. “I’m picturing myself standing in the middle of the room, walking in circles asking, ‘What do I do now?’”

In recent years, the better chains have upgraded their designs, adding amenities like spas and fitness centers and making an effort to create a consistent experience across their properties. Yet, paradoxically, the quasi luxury may add to the sense of emptiness.”

What about others?  Take Bill McGowan’s advice, for instance . .

Say No to Room Service

“How do seasoned business travelers fight it off? Bill McGowan, 55, the founder and chief executive of 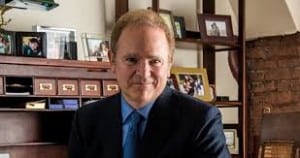 Clarity Media Group, a New York-based firm that specializes in media training, said he minimizes the amount of time spent in the room, cutting it down to unpacking, showering and sleeping.

Room service is out; instead, he uses the Open Table app to find a restaurant with a lively bar where he can sit and have dinner, and eats there again on successive business trips.