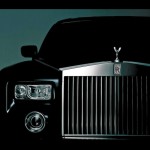 The biggest law firms in the UK, the top 100, took in profits of £5.8 billion during the 2012-13 year, an eight per cent increase over the previous year according to Legal Business magazine.

The growth came mainly from M&A activity which had significantly increased with the research showing the firms billed clients £19.1 billion in the current financial year and the top-earning partners at the top firms took home £2.55 million each.

The top-earning firm was Slaughter and May, although DLA Piper and Freshfields Bruckhaus Deringer were some of the best-performing firms, both of them lifting their profits per equity partner (PEP) by eight per cent.
[wp_ad_camp_3]
The editor of Legal Business noted that it was firms outside the so-called Magic Circle that were driving the growth as they demonstrated growth of only one per cent while others, notably the private client firm Mishcon de Reya, grew significantly higher. Mishcon de Reya grew revenues to £88.4million and PEP by 20 per cent to £840,000.