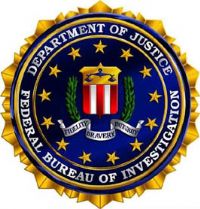 Powered By LawFuel –LOS ANGELES – A La Crescenta man pleaded guilty today to attempting to obtain ricin from an online source, admitting that he intended to acquire the biological agent for use as a weapon.

Over a two-month period late last year, Kim attempted to obtain ricin from what he thought was an online seller of ricin, but in fact was an undercover FBI operative. During negotiations with the FBI operative, Kim stated that the ricin was intended for an individual who weighed 110 pounds, according to the plea agreement. Kim subsequently agreed to pay 320 Euros (approximately $350) in bitcoin for the ricin. The FBI concealed a substance purporting to be ricin inside another product, and the package was delivered on November 29, 2018 to Kim’s work address in Los Angeles. That evening, Kim took the parcel home, accessed the fake ricin, and was immediately placed under arrest.

“Ricin is an incredibly dangerous biological toxin – just a few tiny grains can kill a human,” said United States Attorney Nick Hanna. “Because it can be used as a weapon of mass destruction and there is no antidote for ricin poisoning, any attempt to acquire this deadly chemical agent is an extremely serious matter that will prompt a vigorous response.”

“The idea of intentionally using a biological agent to do harm shocks the conscience,” said Paul Delacourt, the Assistant Director in Charge of the FBI’s Los Angeles Field Office. “This case demonstrates the FBI’s commitment to holding accountable actors who use or attempt to use weapons of mass destruction to carry out acts of terrorism or violence. This case also sends the message that the primary objective of the Joint Terrorism Task Force is to prevent an act before innocent people become victims.”

In his plea agreement, Kim admitted that he did not intend to use the ricin for a prophylactic, protective, bona fide research, or other peaceful purpose as required by law.

Judge Hatter is scheduled to sentence Kim on November 18.

As a result of today’s guilty plea, Kim will face a maximum statutory sentence of life in federal prison. However, in the plea agreement, the government agreed that it will recommend a sentence of no more than 87 months in prison. The actual sentence imposed in this case will be determined by Judge Hatter.

This matter was investigated by the FBI, which received assistance from the United States Postal Service.

The prosecution is being handled by Assistant United States Attorney Reema M. El-Amamy, with assistance from the Department of Justice’s Counterterrorism Section.