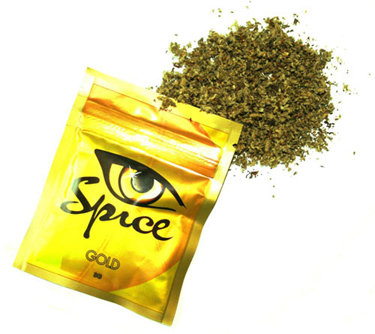 Indictments represent the most significant investigation to date in the United States regarding synthetic cannabinoid trafficking which resulted in more than 220 Spice-related emergency room visits and at least one death in Colorado last year.

DENVER – Following an eight month investigation by federal, state and local law enforcement, a federal grand jury in Denver has returned indictments charging nine individuals from across the country with conspiracy and drug distribution charges related to “Spice”.  In addition to the federal indictment, state authorities led by the District Attorney’s Office for the 18th Judicial District (Arapahoe County) also sought and obtained an indictment charging many of the same defendants under Colorado state racketeering statutes.  In addition, the Colorado Attorney General’s Office today announced the filing of a civil lawsuit under the Colorado Consumer Protection Act.

“Spice” is a common term for synthetic cannabinoids.  From August through September 2013, there were 221 documented synthetic cannabinoid related emergency room visits in the Denver and Colorado Springs metro areas.  At least one death has also been attributed to the illegal substance.  There were hospitalizations in other states as well.  The Colorado Department of Public Health and Environment (CDPHE) and the Centers for Disease Control and Prevention (CDC) initially investigated the outbreak of these emergency room visits, declaring an emergency health epidemic in 2013.  In response to the crisis, federal, state and local law enforcement and prosecutors came together to identify solutions to protect the public, especially youth, from the purchase and use of Spice and other synthetic cannabinoid products.

The majority of “Spice” victims were between the ages of 12 through 29, with victims ranging in age from 12 to 70 years of age.  Seventy-five percent of the victims were male.  Local convenience stores and gas stations made retail sales of the spice products.  In this case, investigators have determined that the original chemical product is sent to the United States from China.  The indictment alleges the chemical was imported to Florida and received by defendant Daniel Bernier.  In Florida the chemical was sprayed on a green vegetable substance.   The chemical-coated substance was then packaged and shipped to both wholesalers and retailers in Colorado and throughout the United States.

The indictment alleges that the distribution was organized by defendant John Bowen and Bernier.  They first operated under the name “The Really Cool Stuff Company”.  After the product received negative media attention, the two defendants allegedly changed the distribution name to “Heart of Asia.”  Creager Mercantile Company, run by defendant Donald Creager, III, was one of the wholesalers.  Creager would then ship the product to local corner stores and gas stations in Colorado.  He also allegedly distributed product to defendant Orlando Martinez’s business, “O’s Pipes and Tobacco.”  Defendant James Johnson of Castle Rock was a salesperson working for The Really Cool Stuff Company and later Heart of Asia.

Law enforcement emphasized that no brand of Spice or similar products is safe.  All synthetic cannabinoids are dangerous.  No “Spice” products have been approved by the FDA, and may constitute controlled substances in violation of state and federal law.

Prosecutors from the 18th Judicial District have obtained a racketeering indictment against many of the same defendants named in the federal indictment.  The 18th Judicial District grand jury returned an indictment naming five individuals as part of an enterprise engaged in a pattern of racketeering activity.  Those people range from the national suppliers, to a large scale distributor in the Denver Metro area, and the owner of a retail establishment in Aurora.  The source of supply for this enterprise would change the chemicals used in their drugs in an attempt to evade federal prosecution, however, Colorado law has prohibited the sale of any synthetic cannabinoids since 2011. Under Colorado state law, the defendants face a mandatory minimum of 8 years in prison.

In addition to the federal and state prosecutions, the Colorado Attorney General’s Office today announced the filing of a separate civil lawsuit against Orlando Martinez, owner of O’s Pipe and Tobacco (or “O’s Pipes and Tobacco” referenced earlier).  Martinez and O’s Pipes is accused of violating the Colorado Consumer Protection Act by failing to disclose to consumers that their spice products were harmful and potentially illegal.  This is the third spice lawsuit filed by the Colorado Attorney General, having previously sued Tobacco King in Longmont and Paymon’s in Aurora.

“Spice, bath salts, or whatever name this dangerous product goes by, is made up largely of synthetic chemicals imported from abroad without any safety oversight,” said U.S. Attorney John Walsh.  “There is nothing natural or organic about it.  Spice is a form of foreign-laboratory-produced poison, and has sent many users to the hospital, or even to the morgue.  Just because a gas station or convenience store is selling it doesn’t make it legal, let alone safe.”

“This is the most significant synthetic drug investigation ever conducted by the Denver Field Division of DEA, and is part of an on-going international operation conducted by DEA,” said Barbra Roach, Special Agent in Charge of the DEA Denver Division.  “The synthetic cannabinoids targeted, and those who would distribute them, posed dangerous health threats to the Denver community resulting in hundreds of hospitalizations and at least one death this past year.  This 8 month investigation by federal, state and local authorities sets the example for cooperation in addressing new and developing hazards to the community.”

“Under the Colorado Consumer Protection Act, we are adding civil charges to the list of criminal charges O’s Pipe and Tobacco and Orlando Martinez now face,” said Colorado Attorney General John Suthers. “Today’s multi-state, multi-agency actions sends a strong message to all purveyors of spice that they will not profit from the sales of these dangerous and illegal synthetic cannabinoids that are harming the public.”

“Spice is poison and pain deceptively packaged as pleasure,” said 18th Judicial District Attorney George Brauchler.  “Spice has hurt too many in our community and this coordinated effort by our different agencies demonstrates how seriously this drug is being treated at all levels of government.  The danger of Spice is clear and those who continue to distribute it to our children and community should take heed that law enforcement will be relentless in pursuing justice in these matters.”

“Spice is an awful drug and a terrible threat to those who use it,” said Aurora Police Chief Dan Oates.  “I am gratified by the efforts of the DEA and the role that the Aurora Police Department played in getting this dangerous drug and those that distribute it off the streets of our community.”

“Drugs that are produced and distributed outside the FDA’s oversight present the prospect of harm to the public’s health,” said Catherine A. Hermsen, acting special agent in charge, FDA’s Office of Criminal Investigations. “FDA-OCI appreciates the coordinated efforts of DEA and other law enforcement agencies to bring to justice all those who evade federal drug laws.”

“This case is a great example of effective collaboration between, local, state and federal law enforcement agencies resulting in the removal of dangerous drugs from our communities and ensuring individuals are held accountable for their actions,” said Castle Rock Police Chief Jack Cauley.

“This is a great example of law enforcement agencies working together,” said Stephen Boyd, Special Agent in Charge for IRS Criminal Investigation, Denver Field Office.  “We play a unique role in federal law enforcement’s counter-drug effort in that we follow the money trail and deprive drug dealers of their profits and seize their assets.”

“The Denver Police Department along with our State and Federal partners recognize the dangers of synthetic marijuana and took immediate action to get this drug off the street,” said Denver Police Chief Robert White.  “Today’s indictments are a result of that action and an example of our commitment to keep our city safe.”

The United States Attorney’s Office also commends the Colorado Attorney General’s office to remove Spice from the shelves of stores in Colorado.

This investigation is ongoing, and no further information outside of the indictment can or will be provided.

The defendants are being prosecuted by Assistant U.S. Attorneys Jaime Pena and James Russell, along with Deputy District Attorneys of Colorado’s 18th Judicial District.

The charges in the indictment are allegations, and the defendants are presumed innocent unless and until proven guilty. 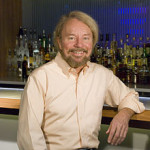