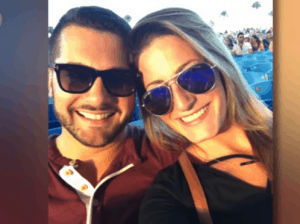 Proposals can be fraught affairs, but this Palm Beach lawyers went so far as to stage a fake trial, complete with defense attorney and client – not to mention Judge – to get to the high point:  where he dropped to his knees to deliver his opening address.

Brandon Ross Dinetz spent five months planning the proposal to his girlfriend of over two years, Jen, another attorney.

“It was the toughest secret I’ve ever kept. The worst part was not being able to tell Jen each exciting development.”

We’re guessing the jury’s not out on this marriage – these two were obviously made for one another.