Washington D.C. is the latest jurisdiction to look at whether the rules surrounding law firm ownership should be changed.

Bloombergs report that DC’s bar is to look at alternatives to the present law firm ownership rules, saying it will look at the evolving legal service delivery models, which includes non-lawyer ownership of law firms.

Bar members will have the opportunity to express their views on proposed changes, which would involve fee-sharing and other “alternative business structures” might prove beneficial to firms and their clients.

Such changes have been supported by access to justice advocates across the country who seek more affordable options for Americans seeking legal help. But opponents of rule changes have expressed concerns, including about threats posed to attorney independence and legal ethics, Bloomberg Big Law Business report.

Changes to law firm ownership have already been examined in Arizona, California, and Utah, as well as Chicago, which for the last several months have been weighing similar changes.

Andrew Perlman, dean of Suffolk Law School in Boston, said in a written statement that the D.C. Bar announcement is “an encouraging development.”

“Decades ago, D.C. became a leader in this area, and D.C. has the opportunity once again to play a leadership role,” he said.

The possibility of changes to the ownership of law firms will be particularly interesting for the Big Four accountancies.

Law firm leaders have noted that the Big Four and other alternative legal service providers, all of whom are already mounting significant competition to traditional law firm services, could take advantage of such a change by opening new legal operations that compete more directly with law firms.

D.C.’s version of Rule 5.4 is already slightly less restrictive than the American Bar Association’s Model Rule 5.4 that most states have adopted, which forbids partnerships between lawyers and nonlawyers if any of the activities of the partnership consist of the practice of law. 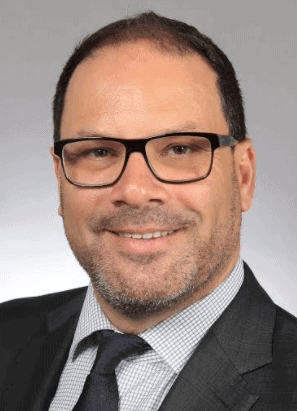