You are here: Home / Crime / Did Mark Cuban Violate the Securities Law? 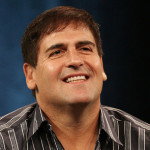 It’s a battle of the giants – the SEC in the government corner and Internet guru Mark Cuban in the other.  Cuban’s lawyers say the government’s main witness is a liar.  The SEC say Cuban’s over-arching ambition and desire to win saw him simple cheat.

Associated Press report that the billionaire basketball owner to cheat by using insider information to sell stock in an Internet company.

One of Cuban’s lawyers said that the SEC’s chief witness was lying, and portrayed the case as government overreach.

It’s a civil lawsuit; Cuban is not charged with a crime. The SEC wants Cuban, the owner of the Dallas Mavericks and a regular on the ABC reality show “Shark Tank,” to give up $750,000 he saved from selling his shares, plus pay a penalty that could be two or three times that amount.

The SEC alleges that Cuban promised not to trade on information he learned in 2004 from the CEO of Mamma.com, a Canadian search-engine company of which Cuban owned 6 percent of all shares. The company planned a stock offering that would reduce the value of existing shares. Cuban broke his vow and sold, the agency says.

Folena said Cuban should have waited to sell his shares until the company publicly announced the stock offering so that he wouldn’t take advantage of other investors. But he couldn’t do that, she said, “because in his mind, that’s losing, and Mark Cuban is a winner.”

Melsheimer said that the Internet billionaire neither promised to keep the information confidential nor to refrain from trading. He said the company’s CEO made up comments that he attributed to Cuban.

Melsheimer said there wasn’t even anything secret about the Mamma.com stock offering. Speculation was so pervasive that it showed up on Yahoo chat sites and caused trading volume in the shares to spike. He said Cuban was upset with the company for other reasons, including an investigation into alleged ties with a stock swindler.