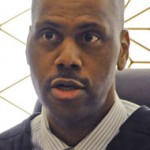 Same-sex marriages and related sexual equality issues may have occupied the thinking for US courts in recent times, but for the first time an openly gay judge, Todd M Hughes, has become the first such judge on the federal circuit in American history.

Hughes, one of President Obama’s nominess for the US Court of Appeals for the Federal Circuit, has previously served as deputy director of commercial itigation with the Justice Department’s civil division since 2007.

In fact, the Obama administration has won Senate approval for six openly gay nominees so far this term, with five of them being won on July 30, including  four ambassadors — Dan Baer as ambassador to the Organization for Security and Co-operation in Europe, John Berry as ambassador to Australia, Rufus Gifford as ambassador to Denmark and James Costos as ambassador to Spain — along with Stuart Delery as Assistant Attorney General for the Civil Division. The sixth was Elaine Kaplan, as a judge on the U.S. Court of Federal Claims.

Hughes, who has served as deputy director of the commercial litigation branch of the Justice Department’s civil division since 2007, has specialized in the kinds of issues that come up before the bench on which he will soon sit. Unlike the other 12 Circuit Courts of Appeals, the Federal Circuit specializes in a handful of designated issues including international trade, government contracts, patents, trademarks, veterans’ benefits, and public safety officers’ benefits claims. Hughes could not be reached for a comment.

After the vote, White House counsel Kathryn Reummler published a blog post celebrating the confirmation as “yet another ‘first” among President Obama’s judges.”

“Like all of the President’s judicial nominees, Hughes has the intellect, experience, integrity, and temperament to be a successful judge. He is also gay,” she wrote, adding that under Obama Hispanics, African Americans and Asian Americans have also broken barriers in the federal judiciary. “We look forward to the ‘seconds’ and ‘thirds’ who will come after Todd Hughes and his fellow ‘firsts’ currently serving on our courts.”

Geovette Washington, who is the Office of Management and Budget’s general counsel and has been friends with Hughes since they attended law school together, described him as “a problem solver” who “can do very complicated constitutional issues,” but also brings a degree of pragmatism to cases.

“I have always been amazed by how intelligent he is, but also how practical he is,” she said, adding that Hughes is well prepared for the Federal Circuit because he’s appeared before it so many times. “He’s dug in and done the hard work on those issues.”

Washington, who bonded with Hughes during Duke basketball games, said he has always been open about his sexual orientation but has not been defined by it. “I wouldn’t call him an activist,” she said. “It’s part of who he is.”

Seven openly gay judges have already been confirmed to serve on district courts, which rank one level below the circuit courts. The first, Deborah Batts in the Southern District of New York, took senior status in April 2012, and the remaining six were all appointed by President Obama.

“Judge Hughes is an eminently qualified nominee who just happens to shatter a barrier as the first openly gay federal appellate court judge,” said Michael Cole-Schwartz, a spokesman for the Human Rights Campaign, a gay-rights group. “It’s a testament to how far we have come as a country that his sexual orientation is irrelevant to his ability to serve on our nation’s courts.”

Hughes, a Delaware, Ohio native, received his A.B. from Harvard College and earned both a law degree and a master’s degree in English at Duke University. His nomination is not controversial, so the Senate is likely to vote in favor by a wide margin. 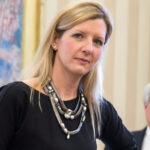