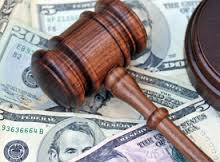 LOS ANGELES – Ally Financial Inc. has agreed to pay the United States $52 million to settle allegations that its subsidiaries acted improperly in relation to 10 subprime residential mortgage backed securities (RMBS) in 2006 and 2007.

A settlement agreement announced today resolves an investigation into alleged violations of the Financial Institutions Reform Recovery and Enforcement Act (FIRREA), specifically conduct related to the packaging, securitization, marketing, sale and issuance of the RMBS.

Under the settlement agreement, Ally is required to pay a $52 million civil penalty and to immediately discontinue operations of its registered broker-dealer, Ally Securities, LLC, which served as the lead underwriter on the subprime RMBS at issue in this matter.

The subsidiary will be wound-down immediately and de-registered as a broker-dealer as acknowledgment of the improper conduct. The broker-dealer served as the lead underwriter on the 10 subprime RMBS offerings issued in the RASC-EMX series between 2006 and 2007. Ally Securities dedicated a specialized marketing effort to create the RASC-EMX brand, securing investors for the RMBS offerings, and directing third-party due diligence on samples of the mortgage loan pools underlying the RMBS to test whether the loans comply with disclosures made to investors in the public offering documents.
As the lead underwriter, Ally Securities recognized in 2006 and 2007 that there was a consistent trend of deterioration in the quality of the mortgage loan pools underlying the RASC-EMX Securities that stemmed, at least in part, from deficiencies in the subprime mortgage loan underwriting guidelines and diligence applied to the collateral prior to securitization. All the RASC-EMX Securities sustained losses as a result of underlying mortgage loans falling delinquent.
“These securities were marketed to investors with the knowledge that a significant percentage of the pooled subprime mortgages were toxic, meaning that they were underwritten to risky guidelines likely to result in the loans falling delinquent,” said United States Attorney Eileen M. Decker. “Nevertheless, Ally Securities continued to market the RMBS, and investors lost millions of dollars as the value of the securities plummeted. Today’s settlement demonstrates that financial institutions are responsible, and therefore will be held accountable, for products they sell to the public.”
FIRREA authorizes the federal government to impose civil penalties against financial institutions that violate various criminal offenses, including wire and mail fraud. The settlement expressly preserves the government’s ability to bring criminal charges against Ally, and does not release any individuals from potential criminal or civil liability.
Under the settlement agreement, Ally is required to pay the entirety of the $52 million settlement in the coming weeks.
The investigation into the securitization of subprime mortgages by Ally’s subsidiaries was led by Assistant United States Attorney Indira Cameron-Banks, who worked with special agents with the Federal Housing Finance Agency’s Office of the Inspector General (FHFA-OIG) and the Office of the Special Inspector General for the Troubled Asset Relief Program (SIGTARP).
“The sale of toxic mortgage backed securities crushed the housing market and the economy, leading to years of uncertainty and hardship for many,” said Leslie P. DeMarco, Special Agent in Charge of the Federal Housing Finance Agency-Office of Inspector General’s Western Region. “Today Ally Securities is being held accountable for the role it played. As we move forward, FHFA-OIG will continue to hold entities responsible and work toward building a healthier housing market.”
“Ally received substantial TARP bailout funds. With this agreement, Ally acknowledges that the underwriting and diligence process was deficient in connection with the securitization of 40,000 toxic subprime mortgage loans by its subsidiaries – exactly the type of abuse that contributed to the financial crisis,” said Christy Goldsmith Romero, the Special Inspector General for the Troubled Asset Relief Program. “SIGTARP is committed to working with our law enforcement partners to protect taxpayers and hold those responsible for the financial crisis accountable.”
Ally was cooperative in resolving this matter.
This settlement is part of the Financial Fraud Enforcement Task Force’s RMBS Working Group, which has made recoveries on behalf of American consumers and investors for claims against large financial institutions arising from misconduct related to the financial crises. The RMBS Working Group has brought together attorneys, investigators, analysts and staff from multiple state and federal agencies, including the Department of Justice, U.S. Attorneys’ Offices, the FBI, the U.S. Securities and Exchange Commission (SEC), the Department of Housing and Urban Development (HUD), HUD’s Office of Inspector General, the FHFA-OIG, SIGTARP, the Federal Reserve Board’s Office of Inspector General, the Recovery Accountability and Transparency Board, the Financial Crimes Enforcement Network and multiple state Attorneys General offices around the country. Learn more about the RMBS Working Group and the Financial Fraud Enforcement Task Force at www.stopfraud.gov.
Release No. 16-290 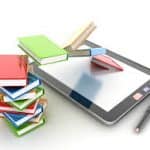 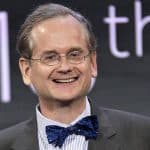