The Musical Barrister To Play a New Tune in Court 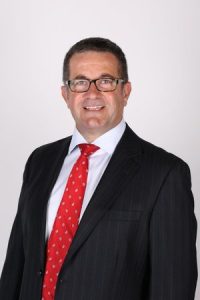 Classical trumpeter, cathedral singer and rock band bass-playing barrister Jonathan Krebs of Napier has been made a District Judge along with Auckland lawyer Clare Bennett.

Mr Krebs, who practices out of both Auckland and Napier, is best known in legal circles for his successful representation of Teina Pora who was jailed for the 1992 rape and murder of Susan Burdett.  Krebs took his case to the Privy Council in London in 2014 and the Court quashed Pora’s convictions the following year.

He was a partner of the Hawke’s Bay Crown solicitors, Elvidge & Partners, from 2002 to 2006 before being seconded to the Attorney-General’s Office in Apia, Samoa, for two months at the end of 2006.

The principal focus of his career has been criminal and civil litigation. He was the Convenor of the NZLS Criminal Law Subcommittee for 10 years and is a past President of the Hawke’s Bay District Law Society.

The appointments were announced on Thursday by Attorney-General David Parker and is the first of a Hawke’s Bay counsel to either the District or High courts since the appointment of Tony Snell four years ago.

Coming from a musical family his original interest came from a medical prerogative, he told LawTalk –

“When I developed asthma the doctors suggested some wind instrument might help my breathing so I shifted to the cornet, and later the classical trumpet, and liked it. 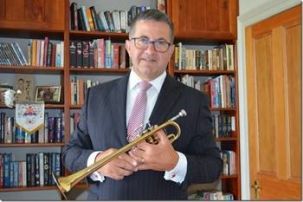 “I did all the exams, including a performance exam, and got my Letters … Licentiate of the Royal Schools of Music (LRSM) in 1982.

“I considered going to London to study at the Royal College of Music but didn’t go. I had to decide if I was going to pursue a career as a professional trumpet player or as a lawyer. In the end I could be a lawyer during the day and a trumpeter at night if I wanted to but it could not be the other way round.”

Clare Bennett was admitted as a barrister and solicitor in December 1986. She has been in chambers as a barrister in Auckland and Manukau since 1999.

She was appointed a Youth Advocate in 1989 and in recent years has focused her practice in that jurisdiction.

She holds approval for all categories with the Legal Services Agency. From 1989 to 1999 she practised as a barrister in Hamilton.

Ms Bennett has been a member of the Litigation Skills Faculty since 2004. She has chaired the last two triennial National Youth Advocates Conferences as well as contributing to other seminars throughout her career.

Judge Bennett will be sworn in on 3 October 2019 at the Manukau District Court, commencing at 4:00pm. She will have jury jurisdiction and will be based on the North Shore.

Jonathan Krebs has been a barrister sole since late 2006 and has chambers in Napier and Auckland.

Admitted as a barrister and solicitor in April 1988, he was with Napier firm Langley Twigg Solicitors from 1988 to 1998. From late 1998 he was a Senior Prosecutor with Meredith Connell in Auckland until 2001.

He was a partner of the Hawke’s Bay Crown Solicitors, Elvidge & Partners, from 2002 to 2006 before being seconded to the Attorney-General’s Office in Apia, Samoa, for two months at the end of 2006.

The principal focus of his career has been criminal and civil litigation. He was the convenor of the New Zealand Law Society’s Criminal Law Committee for 10 years and is a past President of the Hawke’s Bay District Law Society.

In 2012 he was Director of the NZLS CLE Ltd Litigation Skills programme.

Judge Krebs will be sworn in on 1 October 2019 in Napier. He will have jury jurisdiction and will be based in Palmerston North.