Preet Bharara, the United States Attorney for the Southern District of New York, Diego Rodriguez, Assistant Director-in-Charge of the New York Field Office of the Federal Bureau of Investigation (“FBI”), and William J. Bratton, Commissioner of the New York City Police Department (“NYPD”), announced today that HAMLET PERALTA, the former owner of a restaurant in Manhattan, was charged in Manhattan federal court with committing wire fraud through a scheme in which he obtained more than $12 million from investors on false pretenses and used that money to repay other investors and for personal expenses.  PERALTA was arrested by FBI agents in Macon, Georgia, yesterday and will be presented before U.S. Magistrate Judge Charles Weigle in Macon this afternoon.

Manhattan U.S. Attorney Preet Bharara said:  “As alleged, Hamlet Peralta solicited investors for his fictitious wholesale liquor business by peddling wholesale lies.  Peralta’s Ponzi scheme allegedly fleeced his victims out of more than $12 million, virtually all of which he spent on himself or to repay other investors.  Thanks to the work of the FBI and NYPD in this investigation, Peralta will not be able to victimize any other investors.”

FBI Assistant Director-in-Charge Diego Rodriquez said:  “Fraud cases remain a priority for the FBI as we continue to identify and investigate those who commit financial crimes against unwitting victims. Peralta, who allegedly engaged in a multimillion-dollar enrichment scheme, will ultimately be brought to justice for his actions.  We are appreciative of the support and cooperation we continue to receive from our law enforcement partners in this and so many cases.”

NYPD Commissioner William J. Bratton said: “As alleged, Hamlet Peralta violated the trust that investors placed in his fictitious wholesale liquor business venture by spending millions of his victim’s investments on clothes, food, and to continue the scheme.  Thanks to the NYPD investigators and our federal law enforcement partners, Peralta will be held accountable for his actions.”

From at least in or about July 2013, up to and including at least in or about 2014, PERALTA solicited more than $12 million from various investors by falsely representing that the investors’ money would be used to engage in wholesale liquor distribution for a profit.  PERALTA promised investors high rates of return in the form of regular interest payments on their investments, which he represented were based on the profits to be generated by what he claimed would be his successful wholesale liquor business.

In truth and in fact, however, PERALTA misappropriated the millions of dollars in investments he received, and used those funds to repay other investors or for his own purposes.  Of the more than $12 million provided to him by investors based on the representation that their money would be used to purchase wholesale liquor for resale, PERALTA in fact purchased no more than $700,000 in wholesale liquor.  He used nearly all of the remaining money – more than $11 million – to repay other investors, wire money to himself, take out large cash withdrawals, and pay for personal expenses other than liquor.

As one example, in or about 2013, PERALTA told a prospective investor (“Investor-1”) who was a frequent customer at PERALTA’s restaurant and who had become friendly with PERALTA that he (PERALTA) owned a separate business called West 125th Street Liquors and that he had been approved as an exclusive wine distributor to a major national restaurant supply company (the “Restaurant Supply Company”) that was beginning a wholesale wine business.  PERALTA told the investor that he would receive four percent interest on his investments, based on profits from the wholesale liquor distribution business.  In truth and in fact, however, PERALTA did not own West 125th Street Liquors, and he had not been approved to be a distributor for the Restaurant Supply Company.

Over the course of the next year, based on PERALTA’s representations, the investor provided PERALTA with more than $3.5 million.  Of that amount, none, or at most only a minimal amount, was spent on wholesale liquor purchases.  Rather, Investor-1’s money was used to pay back other investors; was used to pay for expenses such as restaurant bills and high-end clothing purchases; and was wired to PERALTA’s personal accounts and/or withdrawn in cash.  In or about June 2014, PERALTA provided Investor-1 with a document that purported to be on the letterhead of the Restaurant Supply Company indicating that the Restaurant Supply Company would be electronically transferring PERALTA $1,826,350 within seven days.  In truth and in fact, however, neither PERALTA nor West 125th Street Liquors has ever been a supplier to the Restaurant Supply Company.

PERALTA, 36, of the Bronx, New York, has been charged with one count of wire fraud, which carries a maximum term of 20 years in prison.  The maximum potential sentence is prescribed by Congress and is provided here for informational purposes only, as any sentencing of the defendant will be determined by the judge.

This case is being handled by the Office’s Public Corruption Unit.  Assistant United States Attorneys Martin Bell, Russell Capone, and Kan M. Nawaday are in charge of the prosecution. 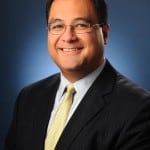