A recent interview by Bloomberg Law with HP Inc. Chief Legal Officer Kim Rivera, one of the first corporates to demand diversity from outside counsel, indicated that a demand for diversity from law firms would lead to a positive response from firms.

HP had made a promise to withhold fees for outside law firms that don’t meet diversity goals has achieved results, with 95 per cent now meeting the standards the corporate set.

Rivera’s legal department at HP was an early starter when it came to demanding diversity, which started in 2017 with a requirment that most of its firms needed to staff at least one ‘diverse attorney’ on HP legal work or face a 10 per cent cut in fees.

“Our initiative is meant to make sure that opportunity at that business is spread more evenly to folks,” said Rivera, who added that about 46 per cent of the company’s outside firms met the standard three years ago. The initiative also requires quarterly reports on each firm’s diversity statistics.

The company withheld fees for only one or two of the 60 law firms that participated in the regime, although those firms could ‘earn back’ their fees when diversity was complied with.

Rivera is also the president of strategy and business management for HP Inc.

“Frankly, in the current environment, I think people are hopefully less resistant to the notion that as clients,” she told Bloomberg.

“We can be more demanding in terms of the pace and innovation and aggressiveness that firms are taking with regard to diversity and inclusion. I’m also working with other GCs to try and persuade them that the more we can adopt more uniform approaches, the more we can drive progress, because then it makes consistent, clear expectations that firms can scale around.”

The Bloomberg interview can be seen here. 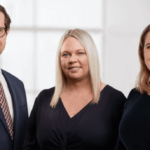 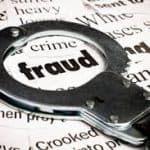