Casey Neistat is a ‘travel blogger’ who appears to travel the world for nothing.  But – as he says himself – it really doesn’t work quite like that because he makes videos for which his travel is sponsored.  In this post, he writes about the travelling he does do for . . well, almost nothing.

Sponsorships are like unicorns or leprechauns, talked about often but they don’t actually exist. There is only dollars and cents, the bottom line and ROI (that means return on investment).

I make a living creating videos for companies. Most of the videos involve me doing really fun stuff. It’s a great job and perfectly understandable that I get emails, mostly from young people, asking misguidedly how they can get companies to pay for their adventures. The emails usually read something like;

‘We have been planning this trip for 3 years… dreams… inspire…etc.— how do we get a company like Nike to sponsor us?’

My response is usually harsh. Offended at the suggestion that a career that’s taken more than a decade to create could be summed up for others to emulate with a single email.

That’s not fair. It’s a wonderful dream of a career and I can’t blame others for wanting to pursue something similar. I can say with confidence that there is no defined path to such a career. Maybe explaining the path I took could be helpful, this is that.
I have always made a living to make movies, never the other way around. When I first started I washed dishes in a seafood restaurant to support my filmmaking. Only in the last few years have I been able to get hired by companies to make the films I want to make and have the result be mutually beneficial. This was never my specific intention. Just an organic evolution.

After my HBO series aired and my brother and I stopped working together I shifted all of my focus to YouTube. Making movies for a new audience online. Sharing stories about things that mattered to me. These movies aren’t easy to make, they take time, I never know if they’re going to be good, I don’t have any money to make them with; I just make them because I love every aspect of the medium. There’s never a commercial or monetary ambition.

Bike Lanes, 2011 really pushed my YouTube presence out to the world. It remains my most watched movie with over 12,000,000 views
As the YouTube movies picked up traction, some got press, and eventually companies called asking if I was available to make web videos for them. Depending on how interesting the company and how broke I was I starting taking on select gigs. These videos were not like the work I do for clients now, or like any of the work people have come to expect from me. This early ad work was far more generic. Companies (clients) liked my work and would hire me to do their work. I was pretty good at it but none of these campaigns received the kind of attention of more current work.

Nike hired me for such a campaign in late 2011. The contract was for three videos. Nike might just be the coolest company to work for but even so there were typical considerations. They had a product to sell. As such the first two videos stayed close to the script. These videos were well received, I am really proud of them. But it was the third video, where I went way off script and took a big risk in making something that I wanted but would’ve been impossible to pitch, that something transformative was created.
Make It Count was a movie I’d wanted to make my whole life; pure recklessness, in every capacity, told in 4 minutes. It’s easy to make sense of a movie like that now in retrospect. At the time we had no idea what we were doing. I had confidence that if we just went for it, experienced something great, that we could embody that experience in a short movie and that movie would benefit the client.

This wishy-washy bullshit is something that I am sure agencies hear and roll their eyes at all the time, as they should. No one would green light such vagueness, no one should.

A Former Travel Agent Talks About Getting Cheap Travel. Click Here!
We didn’t have a green light we just did it without sharing the specifics with Nike.
It was a big risk. A bigger risk when Max and I returned from our trip with 40 hours of footage and no clear idea what to do with it. This was a scary time. Nike took a chance in hiring me and if I dropped the ball with this video I would have jeopardized my relationship with a very important company; the repercussions of failure would’ve have gone way beyond Nike – I would have had a tough time finding any paying work. 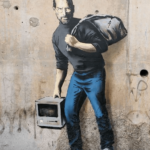 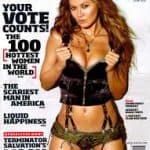