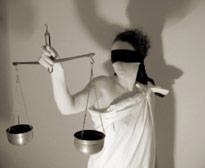 TwitterFacebookLinkedInPinterestRedditEmail
DENVER – Michael Todd Osborn, age 44,  who has been living in Connecticut and New York, and Corey Earl Engelen, age 45, of Parker, Colorado were arrested last week, Osborn on charges of wire fraud and money laundering, and Engelen on charges of money laundering, United States Attorney John Walsh and IRS Criminal Investigation Special Agent in Charge Gilbert R. Garza announced.  Osborn and Engelen were indicted by a federal grand jury on February 11, 2015 which remained sealed until Osborn’s arrest.  Engelen has been released on a $70,000 unsecured bond after being read his rights and the charges pending against him.  He was later arraigned and pled not guilty.  Osborn was arrested in New York City and is pending release on bond.
According to the indictment, beginning in October 2009 and continuing until July 2010, Osborn devised a scheme to defraud investors.  He told them that he would use their funds to trade stocks on their behalf. In fact, he did no trading, and he and his Colorado associate used the investors’ money for their own personal benefit and purposes other than trading. Osborn held himself out to investors as an experienced trader of stocks and other securities and a veteran in the equity/swing trading business. In some instances, he falsely represented he was a licensed broker.  He sold investors units in the CU Equity Swing Fund I, LLC and the 10x Leveraged Oscillator Fund, through which he represented he would conduct short-term trading.  Investors typically learned of the investment opportunity through a friend or trusted associate.
Osborn falsely represented that he had a prime trading account through which he would be able to leverage the funds invested and thereby reap greater profits than from unleveraged trading and falsely represented that the investors’ funds were protected from fraud, larceny, and embezzlement by a fidelity bond with Lloyds of London.
Osborn instructed investors to wire their funds to accounts held in the name of Infinite One, LLC, which he represented to be the trading accounts he would use for the trades. In fact, the accounts were not trading accounts and were never used for trading. They were merely checking accounts held by Osborn’s associate in Colorado. Once the investors had wired funds, Osborn provided them “blotters,” which contained detailed records of trades he had purportedly made. The information provided was false, as Osborn had never made the trades, and certainly no profits had been realized.
In June of 2010, Corey Engelen knowingly engaged in monetary transactions derived from specified unlawful activity, namely wire fraud.  The  transactions consisted of wire transfers from Infinite One, LLC of $50,000, $44,915, and $15,000 to the bank accounts of Dream Motor Cars and law offices.
Osborn was charged with eight counts of wire fraud and three counts of money laundering.  Engelen was charged with three counts of money laundering.  Wire fraud carries a penalty of not more than 20 years in federal prison, and a fine of up to $250,000.  Money laundering carries a penalty of not more than 10 years in federal prison, and a fine of up to $250,000.  Included in the indictment is a notice of forfeiture for any property traceable to the structuring charges alleged in the indictment.
This case was investigated by Internal Revenue Service – Criminal Investigation with assistance from the Special Enforcement Program of the Internal Revenue Service. The case is being prosecuted by Assistant U.S. Attorney Linda Kaufman.
The charges contained in the indictment are allegations, and the defendant is presumed innocent until proven guilty. 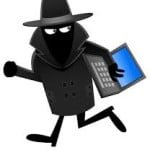