The suspension of Donald Trump’s social media accounts on Facebook and Instagram (let alone Twitter) are matters that may have created relief in many quarters, but there are some important legal and ethical considerations at play.

Would his presence on the platforms last forever?

The decision is actually out of Mark Zuckerberg’s hands as it has been referred to the Facebook Oversight Board: an external court-like institution that Facebook set up to review its “most difficult and significant content decisions”

As Harvard law lecturer Evelyn Douek wrote in LawFare, the Facebook board now has more power over the former president’s future ability to communicate with a large part of his base than either Zuckerberg or Trump himself.

“You could be forgiven for not wanting to think about Trump’s Facebook account ever again,” she writes.

“This is one small part of Trump’s legacy that can simply be literally erased—so why not just delete the account and move on? After four years of being on edge about the president’s posts, I would understand the impulse to want to tune this out. But Facebook’s decision to refer the case to the board is, as I argued last week, the right one—and it has ramifications far beyond this single account. So what should onlookers expect from this case, and why should they care?”

“. . how should Facebook assess that context, and when does context require suspending an account whose posts on the platform itself might technically remain within the rules?”

The board currently has 20 members although only a five-person panel initially consider the case of Trump’s suspension.

“At least one panel member will be from the U.S.: as every panel must have a representative from the region the decision primarily affects and, while the region technically includes Canada, the board does not currently have any Canadian members. After reviewing the information about the case, the panel will draft a written decision, which may include any concurring or dissenting views if the panel cannot reach consensus. “

The decision is ultimately far reaching. There are plenty of other ‘Trumpist’ types out there creating mayhem and social unrest, if not worse. Where does it stop – or even start?

And how important is it to consider this matter from a social and media perspective?

Remember the Google’s AI ethics board, disbanded after only a week, or Facebook’s failed 2009 attempt to allow democratic input on its policies, which it abandoned when fewer than 0.3 per cent voted.

The Trump Facebook ‘vote’ will be one to watch for a large number of reasons as important as his social media workouts. 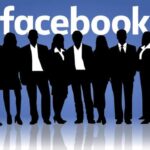 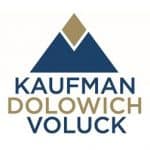