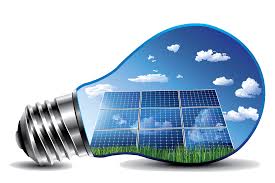 In recent years, U.S. solar developers have begun to successfully achieve economies of scale, making the electrical energy they produce not only competitive with, but in many instances actually cheaper than, the cost of fossil fuel-generated electricity.

Just ten years ago, the cost of generating electricity through solar panels was in the neighborhood of $600 per MWh, while generating the same amount of power through traditional fossil fuels cost roughly $100.

Due to a variety of factors, most significantly, the continued lowering cost of solar panels and related solar farm components, the equation has flipped.

In mid-January, it was widely reported that the very same solar power that used to cost $600 per MWh was now being produced at or below the cost of fossil fuel-generated electricity, a striking reversal of the energy market, particularly at a time when the cost of natural gas and coal has plummeted. Solar power, which had struggled for years to gain acceptance on a purely cost basis, is rapidly becoming the most cost-effective energy option.

The historically (and continually declining) cheap price of solar energy, as well as evolving social policy related to climate change concerns, has encouraged the rapid development of solar power. In New York, for example, Governor Cuomo is promoting policies to enable the state to achieve fifty percent of electricity generation from renewable sources by 2030 – the so-called “50 by 30” Clean Energy standard. And it’s not devised as a simply end-loaded objective where all of that renewable power comes on line in the late 2020’s.

Successfully advancing and siting utility-scale projects can be challenging. While society at large is rapidly embracing the need for greatly expanded renewable power, developers still need to collaborate with local leaders.

Gaining local support for projects requires a savvy developer team, comprised of attorneys and scientists who understand the process at both the state and local level, ultimately navigating the process to gain project approvals.

The President has now potentially erected a much more significant federal barrier by increasing the cost of imported solar panels. As a result, the cost of solar farms is predicted by some economists and industry experts to increase substantially, some say by as much as ten percent. Such an increase is significant in an industry where margins were already close before the tariff was announced.

In August of 2017, sixteen bipartisan members of Congress sent a letter opposing a solar panel tariff to the President, citing the solar industry’s significant contribution to the national economy and record job growth.
Recognizing the potential damage that the President’s tariff could inflict on the solar industry, an even broader group of legislators has now begun plotting strategy to offset this executive action. Industry experts say it is unlikely that the tariffs will create more than a small number of American solar manufacturing jobs, since low-wage countries will continue to have a competitive edge. This will bear scrutiny as the situation unfolds.

However, there may be a silver lining. As Bloomberg Businessweek reports, an Ohio company, First Solar Inc., with a nearly fully automated operation, is churning out solar panels for a fraction of what it costs rivals to make them. While this lower cost certainly benefits solar developers, automation undoubtedly leads to fewer factory workers.

The issue of automated manufacturing has lately emerged as one of the hot topics of the day amongst economists, a subject that will be left for another day. In the meantime, solar developers will want to pay close attention to how the President’s action affects their business models.