Chicago-based litigator Donna Rotunno was reported here in LawFuel some time ago when she took on Harvey Weinstein, as one of the highest profile #Metoo cases ever, defining a lawyer who has enjoyed unique success and an equally unique ability to take on deeply unpopular cases.

Although calling herself the ‘ultimate feminist’ she was the subject of intense criticism as an opponent of the #Metoo movement, along with her roster of clients accused of sexual abuse and other offences.  In total she has handled 40 sexual offence crimes, losing just one, along with the Weinstein case.

Her most famed case was the Weinstein defense when she was hired in July 2019, working with her frequent collegue Damon Cheronis and when she spoke out against Weinstein’s accusers and the #MeToo movement generally.

Her comments regarding the #MeToo movement prompted considerable controversy, when she said that in the case of Harvey Weinstein, the “emotion of the case has taken over”, criticizing the media for not reporting that fact. Weinstein, she said, was guilty only of infidelity.

During an interview for The New York Times‘s podcast The Daily when she was asked whether she had ever been the victim of a sexual assault she replied: “I have not because I would never put myself in that position.”

Although she obtained a not guilty verdict on three counts, including two of predatory sexual assault, Weinstein was convicted and sentenced in a manner that Rotunno says was harsher than some convicted murderers received.

Rotunno said she always knew she’d be a lawyer.

As a 5-year-old, she and her father, Anthony, would watch the show “The Paper Chase,” marveling at the Charles Kingsfield character, a tough and brilliant Harvard professor who specialised in contract law. After attending Chicago-Kent College of Law she developed her reputation for clever and aggressive courtroom cross examination – a reputation that she developed over her 40-odd sexual offence trials and her prosecution background.

She had won a number of drug trafficking cases before her legal specialty of sex crimes developed.

The career of representing sexual offenders appears to have largely arisen by chance. “You handle one and then you handle another one, and they keep calling,” Rotunno said. “This is something where I have developed a little bit of a niche, and here we are.”

Her best friend, Kirk Williams, told Insider that it was immediately clear Rotunno’s practice would be a lucrative one as a result of her abilities including her assessment of cases and ability to recall and assemble the minutiae of facts and legal detail to present a compelling legal argument.

“She’s meticulous,” he said. “She understands facts and cases. She has a mind for detail and a recall greater than pretty much most people I’ve ever met.”

Over a period of some 15 years she has also represented white collar criminals, alleged murderers and others, including acting in the 2011 defense of Demarco Whitley, the football star accused of sexually assaulting a 15 year old girl. That lead to a continuation of such cases – and successes.

Over the next 15 years, Rotunno’s clients included dozens of sex offenders, along with alleged murderers, drug dealers, and white-collar criminals, a fairly typical caseload for a wunderkind defence attorney with a winning reputation.

Donna Rotunno has faced fierce and often unfair criticism for defending the likes of Harvey Weinstein, but the critics fail to recognize the fundamental concept of anyone accused of any offence is entitled to defend themselves and the gender of their lawyer should be of no consequence.

In any event, gender discrimination against people like Donna Rotunno are unhelpful on multiple grounds. As Slate reported regarding the Weinstein case –

By framing the vigorous defense of a man accused of sexually assaulting more than 80 women as a traitorous act to womanhood in particular rather than humanity in general, this narrative suggests that women bear more responsibility for shunning sexual abusers than men. It lends credence to the erroneous idea that women are more morally discerning than men, especially when it comes to evaluating the character of accused sex criminals. It is unduly patronizing (to women) and exculpatory (to men) to expect women to know better, or to be better, just because they belong to a demographic that is disproportionately victimized by rape.

She aruges that #MeToo movement has been one that has jeopardized the rights of an accused to a fair trial and to due process, saying women have “infantilized themselves” by developing a victimhood status.

Whatever the view, Donna Rotunno remains a law star with a number of equally controversial cases before her. 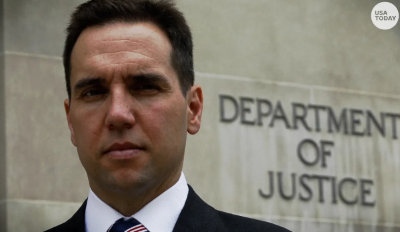 Who Is Jack Smith The Trump Special Prosecutor?