The Culture Change ‘Task Force’ Sounds “Fervently Marxist” – But Is It What The Law Society Should Be Doing? 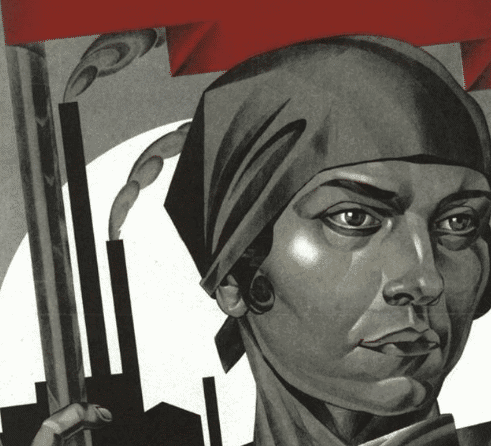 Thomas Bloy* #MeToo has ushered in a new era for lawyers and it’s all about ‘culture change’.  The scandals that rocked the ivory towers, the Bazley report, and the countless blogs, articles, and radio and TV discussions on the subject, have fomented a deep concern within the legal profession about its culture.

This concern has evolved beyond sexual harassment to wider and systemic social issues. At a meeting organised by the Law Society’s “Culture Change Taskforce”, the President declared that we need to tackle, “workplace behaviour, gender and equality, sexual harassment and racism”.

She also identified the effects of 19th century British colonialism and mental health as issues worth targeting.

While this comprehensive agenda may appear laudable, making efforts (and spending money) to effect wide ranging changes to the culture of the legal profession is not, in my opinion, a critical function nor a good use of the resources of the Law Society.

The obvious objection to culture reform attempts targeted at lawyers is that the genuine, pressing, and concerning issues identified by the President are not unique to the legal profession.

Any person can become a victim of inappropriate (and worse) workplace behaviour, including harassment, bullying, and discrimination or prejudice based on gender, race, or sexual preference, whatever their vocation.

Why The Law Society?

There is no evidence that lawyers are particularly worse offenders and, therefore, no reason for the Law Society to expend its limited resources by embarking on a reform campaign directed at society wide cultural issues.  Culture change is up to society, not the Law Society.

Creating a force tasked with changing the culture of the legal profession would send the message that lawyers are in need of special attention; that our culture is worse than that of accountants, doctors, engineers, and other professions.

That message is false. I refuse to be tarred with the same brush that was deservedly applied to the scumbags exposed by the #MeToo movement. Those individuals and their behaviours are not representative of me nor the legal profession.

The mental health issue discussed by the President is, sadly, worth the Law Society’s specific attention.  There is evidence lawyers are more anxious and depressed than most.

In a busy lawyer’s life, enjoying the present is often a luxury.

Lawyers need to pay close attention to past events to predict future risks and potential outcomes.

It is likely the legal procession attracts people who are innately better at this skill. At a personal level, the same skill can lead you to alternate between living in the past (the depression) and the future (the anxiety).  In a busy lawyer’s life, enjoying the present is often a luxury.

In this regard I applaud the Law Society’s decision to offer free counselling to lawyers.  Great idea. Hopefully this will deliver personal behaviour and culture improvements to some extent.  But that is about where my support of the culture change initiative ends.

My criticism starts with the name.  While probably chosen to convey just how serious the Law Society is about improving the 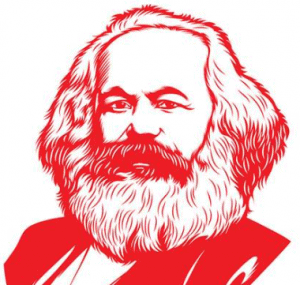 culture of the profession (it is a “Taskforce” after all), it’s just a bit too fervently Marxist, cultural revolution-esque for me; perhaps echoes of Mao’s great leap forward.

A little hyperbolic but the words “Culture Change Taskforce” do have an Orwellian whiff about them.

Less ideologically and more practically, I consider the Law Society’s most effective weapon in the fight against the negative aspects of our industry professional culture to be the complaints process.

Lawyers are already subject to onerous duties and professional obligations. There are well-established rules on unsatisfactory conduct and misconduct, which the Law Society enforces via the Standards Committee, the Legal Complaints Review Officer, and the wider complaints process.

The deterrence effect of upheld complaints is far more potent than anything the Taskforce might achieve. The Society can publish guides, create worthy sounding charters, issue decrees; whatever. They will mean nothing without enforcement and the complaints process is the means.

If the Law Society is serious about culture change, it should be embarrassed at that woefully slow processing time and do everything in its power to improve it.

With that in mind, you would think more effort would be made to make the complaints process as efficient, fast, and robust as possible.

At present, it can take more than a year to get a complaint through the Standards Committee and the LCRO (if there is an application for review).

A year! If the Law Society is serious about culture change, it should be embarrassed at that woefully slow processing time and do everything in its power to improve it.  That is, however, one of those hard problems, which might take a long time – perhaps longer than the tenure of any sitting President – to solve.

The Culture Change Taskforce is an easier and more immediate and politically creditable initiative. With the bonus that it should get those pesky millennials off your back for a while.

You might legitimately ask, what function is the Law Society performing via the Taskforce?  For the answer we head to the legislation. The Lawyers and Conveyancers Act 2006 helpfully sets out the following functions of the Society:

Unless you believe the executive of the Law Society can do anything it wishes as part of its mandate to control or regulate the profession, or serve the interests of members, its primary responsibility and most significant function is enforcing the existing rules governing lawyers.

Those rules already cover unsatisfactory conduct and misconduct. I cannot imagine an instance of serious discrimination, prejudice, or harassment that would not already fall within one of those definitions. The proper function of the Law Society regarding such cases is to efficiently administer the complaints process.

My final objection to the Law Society’s culture change efforts is that culture is not some static monolithic institution; it is dynamic and strongly determined by the people you’re working with.

Two different teams within the same law firm can have entirely different cultures. An individual can leave a team and the whole culture can change, positively or negatively.

The culture at my little law firm is just fine.  I have no need or desire for culture change. From my perspective, the Culture Change Taskforce is targeted at the big firms and will be irrelevant for many (maybe even most) practitioners. So why should we pay for it?

Ultimately, I am unwilling to support the decision to divert dollars away from the critical project of improving the complaints process, to the Culture Change Taskforce.

The Law Society can and should change the culture using the processes already available, being primarily enforcement of rules governing lawyers via the complaints process.

Thomas Bloy is a lawyer, entrepreneur and legal tech innovatorfounder and a director of Evolution Lawyers  and legal software firm CataLex.  He may be contacted via LinkedIN