You are here: Home / Prosecutions / Former Madoff Executive Bonventre Gets 10 Years For His Role

LawFuel.com – Preet Bharara, the United States Attorney for the Southern District of New York, announced that DANIEL BONVENTRE, the former Director of Operations for Bernard L. Madoff Investment Securities LLC, was sentenced in Manhattan federal court today to 10 years in prison for his role in Madoff’s multibillion-dollar Ponzi scheme, the largest in history.  BONVENTRE was also ordered to forfeit more than $155.5 billion.  After a nearly six-month trial before U.S. District Judge Laura Taylor Swain, BONVENTRE was convicted in March 2014 of 22 counts of securities fraud, bank fraud, tax fraud, falsifying the books and records of Madoff Securities, making false filings with the United States Securities and Exchange Commission, and conspiracy.

Manhattan U.S. Attorney Preet Bharara said:  “Daniel Bonventre was Bernard Madoff’s Director of Operations, and his partner in crime.  For decades, Bonventre used his skills to help hide Madoff’s massive Ponzi scheme, and to funnel stolen customer money out of the fraudulent investment business.  Today, Bonventre was sentenced to 10 years in prison and financial penalties that will rob him of his ill-gotten wealth – a punishment that fits Bonventre’s central role in the biggest financial fraud in history.”

According to the allegations in the Superseding Indictment filed in Manhattan federal court, other court documents, and the evidence presented at trial:

As a registered broker-dealer, Madoff Securities was required to file Financial and Operational Combined Uniform Single Reports (“FOCUS Reports”) with the SEC.  Those FOCUS Reports require the production of basic information that amounts to a condensed version of a broker-dealer’s general ledger.  Because the general ledger was inaccurate, as BONVENTRE well knew, the FOCUS Reports were likewise false because they failed to accurately reflect Madoff Securities’ assets and liabilities.  For example, one such report, for the month of April 2006, in the midst of a liquidity crisis in the Ponzi scheme, failed to reflect at least $299 million in Madoff Securities liabilities related to $154 million of an investment advisory client’s bonds and the $145 million that Madoff Securities had borrowed using those bonds as collateral.

During one of those liquidity crises, in late 2005, BONVENTRE used falsified financial statements, false FOCUS Reports, and other fraudulent documents to obtain hundreds of millions of dollars in loans and lines of credit from federally insured financial institutions.  Madoff Securities used the proceeds of those fraudulently obtained loans to pay back redemptions to customers of the investment advisory business, thereby prolonging the Ponzi scheme.

Further, between 2004 and 2008, Madoff Securities was subject to at least five reviews by the United States Securities and Exchange Commission (“SEC”) and a European accounting firm which was conducting a review of Madoff Securities’ operations on behalf of investment advisory clients.  As part of a concerted effort overseen by Madoff to deceive both the SEC and the European accounting firm, BONVENTRE participated in creating numerous false and fraudulent books and records, including counterfeit Depository Trust Company (“DTC”) reports, which falsely reflected billions of dollars in non-existent securities held on behalf of Madoff Securities clients at the DTC, a third-party clearinghouse.

In addition, between 2004 and 2007, in connection with audits of Bernard L. Madoff’s U.S. Individual Income Tax Returns, Forms 1040, BONVENTRE created false, backdated Madoff Securities records to show the tax auditors.  Because Madoff had under-reported his income by tens of millions of dollars each year, BONVENTRE created false documents that appeared consistent with Madoff’s tax returns for the purposes of maintaining the falsity of Madoff’s tax returns and deceiving the auditors.

Likewise, BONVENTRE filed false Income Tax Returns on his own behalf, in which he failed to report cash and other benefits he received from Madoff Securities.  Specifically, BONVENTRE was convicted of failing to report millions of dollars in cash and other benefits, including payments on his behalf for his membership in a country club, his son’s private high school tuition, common charges for his Upper East Side cooperative apartment, thousands of dollars in cigars and other luxury items charged to BONVENTRE’s personal credit card, and cash.

In addition to the millions of dollars of off-the-books income that BONVENTRE took from Madoff Securities, he also had his own investment advisory account, through which he received the benefit of more than $1.8 million in at least three fictitious backdated trades that appeared in his account between 2002 and 2006.  The trade that appeared in BONVENTRE’s account in 2002 included a purchase that was backdated 12 years, to 1990, and generated fraudulent long-term capital gains of nearly $1 million.  The trade that appeared in BONVENTRE’s account in 2006 was entered following his handwritten instructions directing another Madoff Securities employee to generate a fraudulent long-term capital gain of $449,000.

In imposing the 10-year sentence, Judge Swain observed that by “agree[ing] to facilitate the conduct of business ‘Madoff-style,’” BONVENTRE committed “despicable” and “literally, devastatingly serious crimes,” that were “at all times a key to [Madoff’s] success,” and which caused “financial devastation of unprecedented magnitude.”  Bonventre was denied bail pending appeal and has been ordered to surrender and begin serving his term on February 19, 2015.

Mr. Bharara praised the investigative work of the Federal Bureau of Investigation.  He also thanked the U.S. Securities and Exchange Commission, the Internal Revenue Service and the U.S. Department of Labor for their assistance. 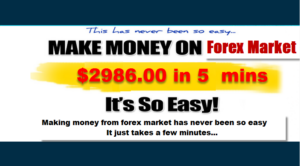