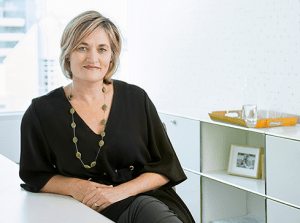 Robert Morgan*  Prime Minister Jacinda Ardern’s crisis-de-jour is the sex scandal surrounding allegations around an alleged staffer in Labour HQ and the PM has once again sought the assistance of QC Maria Dew to help sort out the mess.

You may recall that Bankside Chambers-based Ms Dew, an employment law specialist and Top 10 mediator on the LawFuel Power List, was the senior counsel the government used at the end of last year when she investigated bullying allegations against Retirement Commissioner Diane Maxwell.

The issue of the alleged sexual assault upon a Labour Party volunteer is becoming something of an unholy mess, following the Spinoff story that interviewed the alleged victim was the subject of “a serious and sustained” sexual assault in early 2018.

The assault was one serious problem, but the more serious political turmoil has come from the resulting inquiry when the alleged assaulter was not stood down, including the continuation of his supervision of Young Labour volunteers.

The incident, which allegedly occurred in a private home, occurred just a month before allegations of sexual assault at a Labour summer camp emerged.

From a legal perspective, the interests of justice were hardly served by having the complaint process for the Wellington incident undertaken by Labour functionaries, which left the victim feeling “angry, quite fearful and desperate” according to The Spinoff.

Labour Party president, Nigel Haworth, has re-asserted his position with  a public statement saying that the allegationswere never made known to anyone involved in the Labour inquiry.

“He was like a fatherly figure to these six women, and he’s let us down,” the victim  told The Spinoff.

But the issue is also whether the alleged perpetrator and his alleged deeds were also known by the Prime Minister, who is coming under increasing levels of criticism by the media and others for failing to be truthful, a cornerstone of her political personality.

And according to Left-leaning commentator Chris Trotter, writing in The Daily Blog, the allegations will hit Jacinda Ardern very close to home, being a staffer in her own office.

Ergo: How could she not have known?

“This means that, like Caesar’s proverbial wife, he must be “above suspicion”. Why those around the Prime Minister did not see fit to protect her from the fallout of a potentially catastrophic investigation is a deeply problematic mystery.”

One of the isues for Labour, among many, is that the alleged perpetrator is a key member of Labour’s strategy group.

As Trotter observes, everyone in Parliament must know who he is and the longer the situation continues the worse for Labour and the Prime Minister.

“This knowledge, (of identity) privileged for the moment, can only add a dangerously intimate ingredient to what is already a toxic political mix.

“How long Wellington’s political journalists and commentators will allow themselves to go on knowing things that their viewers, listeners and readers do not, is anybody’s guess – but it cannot be for very much longer.”

And so Maria Dew will make her own inquiry that will doubtless create its own issues for all involved once the truth is ‘out’.

She is now, once again, on centre stage.  And the spotlight will doubtless continue to shine upon the major players: not the least being Jacinda Ardern.