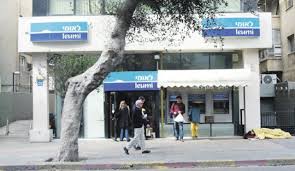 LOS ANGELES– LawFuel.com – A major Israeli international bank admitted that it conspired to aid and assist U.S. taxpayers to prepare and present false tax returns to the Internal Revenue Service (IRS) by hiding income and assets in offshore bank accounts in Israel and elsewhere around the world.  A deferred prosecution agreement between the Bank Leumi Group and the Department of Justice was filed today in the Central District of California that defers prosecution on a criminal information charging the bank with conspiracy to aid and assist in the preparation and presentation of false tax returns and other documents to the Internal Revenue Service.  This unprecedented agreement marks the first time an Israeli bank has admitted to such criminal conduct which spanned over a 10-year period and included an array of services and products designed to keep U.S. taxpayer accounts concealed at Bank Leumi Group’s locations in Israel, Switzerland, Luxembourg and the United States.

According to documents filed in the case, to account for their criminal conduct, Bank Leumi Group will pay the United States a total of $270 million. Of this total payment, $157 million represents a penalty for U.S. taxpayer accounts held at Leumi Private Bank in Switzerland.  This $157 million penalty is consistent with the department’s Swiss Bank Program, which permits certain Swiss Banks to avoid prosecution by making a full and complete disclosure of their U.S. taxpayer-held accounts and paying substantial penalties.  The agreement further provides that Bank Leumi Luxembourg and Leumi Private Bank will cease to provide banking and investment services for all accounts held or beneficially owned by U.S. taxpayers.

“The Bank Leumi Group recognized that the writing is on the wall for offshore banking, and cooperating with the government’s investigation was the only way to proceed,” said Deputy Attorney General James M. Cole.  “This deferred prosecution agreement demonstrates both that the Justice Department will hold financial institutions accountable for their crimes, and that we will be fair in recognizing extraordinary cooperation.”

“There are many provisions of federal law that can benefit taxpayers, but maintaining secret offshore accounts to conceal assets is not a legal method of lowering one’s tax liability,” said Acting U.S. Attorney Stephanie Yonekura for the Central District of California (Los Angeles).  “Any financial institution – no matter where it operates – will be held accountable if it helps U.S. residents dodge their tax responsibilities.  This agreement with Leumi Bank is the latest notice to American taxpayers who might flout the law that we can and will uncover your hidden assets.”

According to the filed statement of facts, from at least 2000 until early 2011, the Bank Leumi Group took affirmative and extensive steps to assist U.S. clients in concealing their assets offshore, including:

“The Bank Leumi Group’s admission of guilt to knowingly conspiring to assist U.S. taxpayers in filing false income tax returns and other documents with the Internal Revenue Service (IRS) represents the Department of Justice’s next step in its worldwide efforts to hold banks and other financial institutions responsible for their criminal conduct,” said the Tax Division’s Acting Deputy Assistant Attorney General Larry J. Wszalek.  “Those institutions that have engaged, or continue to engage, in conduct similar to that of Bank Leumi Group are well advised that the Tax Division will continue to extend its global reach in enforcing this nation’s criminal tax laws.”

According to documents filed in the case, as part of its agreement with the department, the Bank Leumi Group provided the names of more than 1,500 of its U.S. account holders.  As part of the agreement, the Bank Leumi Group will continue to disclose information to the government regarding its cross-border business and provide testimony and information regarding other investigations.

“Today’s deferred prosecution announcement against Leumi Bank is yet another historical event in the international tax arena,” said Commissioner John Koskinen of the IRS.  “IRS will not tolerate the use of offshore accounts to illegally escape paying taxes and we will continue to focus on this priority area.”

“This case shows that banks who promote the use of offshore tax schemes against the United States will be held accountable and face substantial fines and penalties,” said Chief Richard Weber of IRS-Criminal Investigation.  “This investigation involved untangling a complex web of financial transactions where Bank Leumi assisted U.S. taxpayers in concealing undeclared bank accounts.  As the premier financial investigators in the world, and the only law enforcement agency to investigate tax cases, our special agents will continue to investigate banks and individuals who violate the U.S. tax laws no matter where they reside.”

This case was prosecuted by Trial Attorneys Christopher S. Strauss, Ellen M. Quattrucci and Dennis R. Kihm for the Tax Division.  The Tax Division expressed gratitude to Assistant U.S. Attorney Sandra R. Brown and the U.S. Attorney’s Office for the Central District of California for their invaluable assistance in the investigation and prosecution of this case.  The case was investigated by IRS-Criminal Investigation. 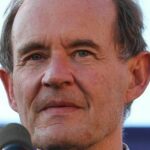 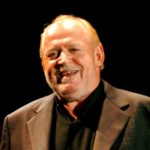