The Government’s ambitious carbon neutral goal requires the transition away from an energy system which relies heavily on hydrocarbons (oil, coal and gas) to one that is based on renewable energy sources. The Green Paper addresses hydrogen’s potential as a clean alternative to hydrocarbons and it is envisaged that hydrogen and electricity (in combination) could provide an energy system platform for the decarbonisation of our energy and transport. The Green Paper acknowledges that hydrogen produced from fossil fuels and industrial processes may play a role in the transition of NZ’s regions and existing industries. However, the focus is on New Zealand exploring the use of renewable energy to produce green hydrogen as an alternative fuel for domestic use and for export.

Feedback on the potential for hydrogen production, export and utilisation in New Zealand is open until 25 October 2019.

More information on the Green Paper can be found here.

If you would like to discuss the potential implications of the green paper for you or your business, please contact our specialist Environment, Planning and Natural Resources team. 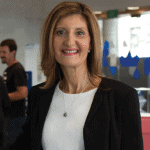 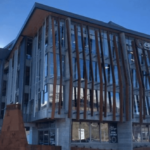