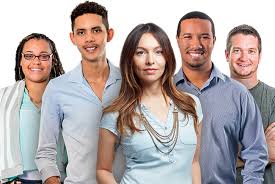 We know Millennials have taken a different attitude to work than the generations before, but according to legal futurist Mitch Kowalski the ‘cool kids’ are reshaping the entire profession.

Speaking at a conference organised by the New South Wales Law Society, Kowalski said the Millennials are abandoning the traditional law firms and seeking out firms providing more flexibility in lifestyle and competitors who will deliver legal services in a “better, faster and cheaper” way.

AFR legal writer Michael Pelly reported that “the cool kids” are pushing back at the traditional delivery service model and its work structures, when addressing the Future of Law and Innovation in the Profession conference in Sydney.

Kowalski wrote “The Great Legal Reformation” and has written and spoken extensively about the way the law is changing with the new, millennial generation.

In a recent interview with LSJ Online he said two of the major changes affecting the legal profession was the nature of the people entering the profession and whether the profession has the tools to accommodate what they’re asking for as they begin to enter partnership positions.

“They have the trust of their clients and can move away from workplaces they’re unhappy with. They want to work from wherever they wish and whenever they wish. They want independence, purpose and they’re not afraid to leave if firms won’t accommodate those values. We have the tools to accommodate them and firms that don’t will suffer,” he told LSJ.

The Millennials have a more entrepreneurial streak than the earlier generations and are more drawn to technology, looking actively for new ways to fix legal services.

“And make no mistake, ‘in need of repair’ is very much how the inhabitants of the legal tech world see legal services.

He said that technology would force the legal profession to pursue “lawyerless growth”, which is something inhouse counsel were already embracing. Firms would increasingly focus more on profit margins than gross revenue, he said.

And partnerships were not seen as the be all and end all for lawyers seeking professional satisfaction.

They are also “much more vocal” about what they want, with some autonomy and a sense of purpose at the top of the list.

“Previous generations were more likely to just suck it up, and put their head to the grindstone,” said Mr Kowalski. “They were taught that you had to have a strong work ethic and if you did that your employer would look after you.

“Millennials have seen that loyalty to employees, especially in law firms is a thing of the past.” They were much more focused on flexibility rather than just pay and work-life balance.

The billable hour was not something that held particular appeal, either.

“Many of these items that Millennials feel are important are missing in the law firm operational model – so it’s no wonder they’re leaving,” he said.

He noted that 69 per cent of those aged between 18 and 44 would prefer to hire an attorney who is active on social media.

“I look forward to returning to this event in 2050 to see how far the profession has come in transforming from a lawyer-dominated service into an entity-driven service dominated by technology, process, and people – one that is merely augmented by lawyers; one that will put out an advertisement.” 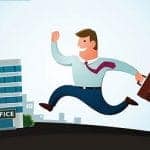 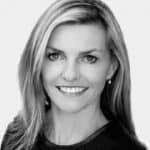