Going Boldly Where No Woman Lawyer Has Gone Before . . The Space Lawyer

Maria Pozza is New Zealand’s only space lawyer. Far from talking to aliens, she spends her time, like many other lawyers, writing and reviewing contracts determine the use of satellites and air space.

“Do you have GPS on your phone? Did you check the weather today to work out whether or not it was going to rain?”

If the answer is yes, Pozza says, you used a satellite in order to receive that information, and you’re benefiting from the existence of space law.

“We use space every single day. It’s a direct use, it’s part of our lives. Without it, it really could be very difficult for us if something were to happen to our access to space.”

“Space law looks at not only how the satellite was launched up there, the orbit that it’s in, but it also considers the contract that your phone company will have with the satellite launch operator and with the satellite owner in order to use time so that you can have a look at what the weather forecast is.”

It’s a “really exciting” cross between international and domestic law, she says, as it requires someone to be an expert in both international power structures and relations, as well as those within your own country of practice.

As director of her own law firm Gravity Lawyers, Pozza is well-versed in both, but as the only space lawyer in the country, her career is not always taken seriously.

Although she has been giving presentations on her work since 2010, she is often met with disbelief after revealing her specialisation.

The most common question, she says, is people asking if she speaks to aliens. She doesn’t, for the record.

Thankfully people are starting to become interested in the more serious aspects of this niche area of law. “It’s great to see more practitioners who are asking good questions about space law and getting involved in it,” she says.

Space law is a new and steadily growing field. As the world increasingly turns to technological solutions to problems, the existence of satellites and communication networks becomes ever more vital.

“You have to hold true to your morals, and you have to have strong morals, and fortitude, because no one will ever back you the way that you back yourself.”

Although she wishes she had a great story behind her decision to enter space law, preferably along the lines of being hit by a piece of flying space debris, Pozza fell into the industry when researching topics for her Masters of International Studies at Otago University.

Not one to take the path of least resistance, Pozza wanted something new and different to write her thesis on.

While trawling the library for inspiration, she found a book on international law, specifically the anti-ballistic missile treaty. Although she’d never heard of it, it struck a chord.

“I looked a little bit more, and that’s where I fell into space law.”

After finishing her PhD, Pozza pursued a legal career as a corporate commercial lawyer with a specialisation in space, or aerospace, law. As the only space lawyer in the country she feels the pressure. “It’s a growing area, so it does mean that there’s a lot going on.”

Pozza has petitioned the government many times throughout the years, pushing for domestic frameworks to deal with space law, and played a part in the introduction of New Zealand’s first space and law policy in late 2017.

“I said many times, we are a perfect place for low-Earth-orbit satellites. Our first language is English, we operate a Westminster system. We need to have something in place.”

When you’re pushing for something that people can’t see a need for, you have to be courageous, she says.

“You’ve got to have strong moral fortitude as well, because there are plenty of people who will try and knock you back.”

Learning to get back up was the hardest part.

She loves the ability to learn new things daily, and make a difference as space is an area of res communis – meaning that it belongs to no one but is for everyone.

She says, “having strong laws to protect an area like that is so important.”

A big issue in space law is when assets in space impact each other, creating space debris.

“It’s a real problem. We rely so much on space and the assets that we use in outer space, that if they’re destroyed or if we can’t access space, it becomes a real security national security issue.”

Something she has been pondering of late is what happens when space debris hits the earth. A collection of space debris and meteorites hit Russia in 2013, and the more she thought about it, the more questions she had.

What would happen if a piece of space debris lands in someone’s garden? What if it caused damage to someone’s roof? Who would be responsible, and who would foot the bill?

At this stage, she didn’t have solid answers, but if a piece of space debris fell into your back garden, Pozza first suggests calling the police, and definitely not touching it.

“As more and more non-countries and non-state actors enter outer space, especially from New Zealand because we are very well placed for low-orbit business, then are we going to see more space debris?”

She doesn’t know the answer to that. “I don’t know. I know that in our legal framework, we have mitigation measures in place to limit debris.”

“What about other countries? What are they doing?”

It’s a complex question. “Next time we chat, I might have an answer.”

Check the results of the Moore Markhams survey of Auckland small to medium law firms – for partners, non-equity partners and solicitors

The lawyer who provided the inside information to the Australian Police about her underbelly clients . . And why she feels so bad

9 Growing Areas of Law Practice for 2020

The Law Firm Battle That Reads Like a Grisham Thriller 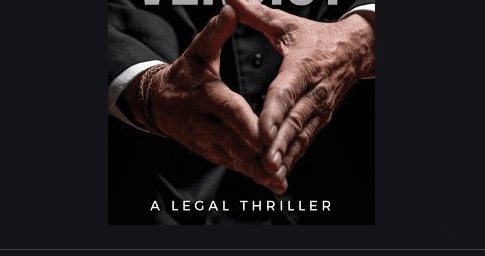 UK Law Regs Toughen Up On Sexual Harassment and More 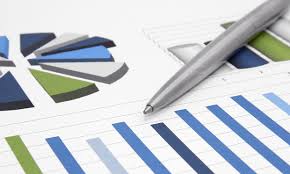 What the Daily Mail said –

Is this New Zealand’s coolest job? Space lawyer opens up about her out-of-this world occupation

The laws that govern outer space – who owns the moon, rocket launch site licences and policing space crime – lies in the hands of one woman.

Dr Maria Pozza is a space lawyer and one of only a tiny handful of specialists attempting to apply international law to an area where legal jurisdiction simply does not exist.

‘[Space] is for everyone but is owned by no one,’ the New Zealand-based lawyer told Radio NZ. 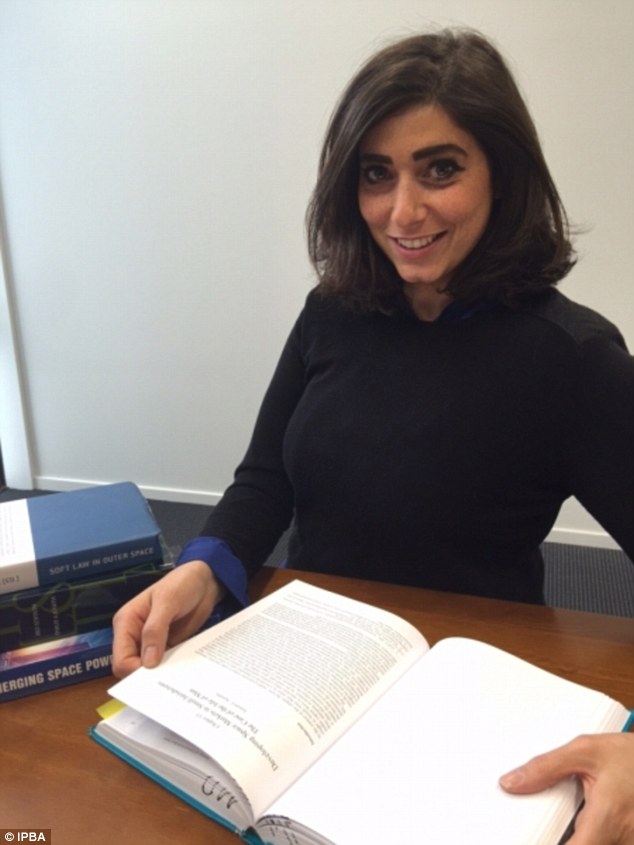 Dr Maria Pozza (pictured) is a space lawyer who deals with laws that govern outer space, including who owns the moon, rocket launch site licences and policing space crime

‘The moon  is for everyone but is owned by no one,’ the New Zealand-based lawyer told Radio NZ

Dr Pozza says much of our international law has applications to activities in outer space, such as licensing regimes on launch sites and fuel payload permits which came into effect in New Zealand late last year.

But it’s the question of who owns space that is usually hardest to solve.

There are ‘some territorial claims or argument that there is some extent or extension of territory,’ she explains.

Territorial claims over space are ‘a little bit like the high seas and regions of Antarctica and other areas of the world’ the space specialist says.

In principle, international law views space as ‘res communis’: a Latin term relating to the law of nature which is common to mankind. 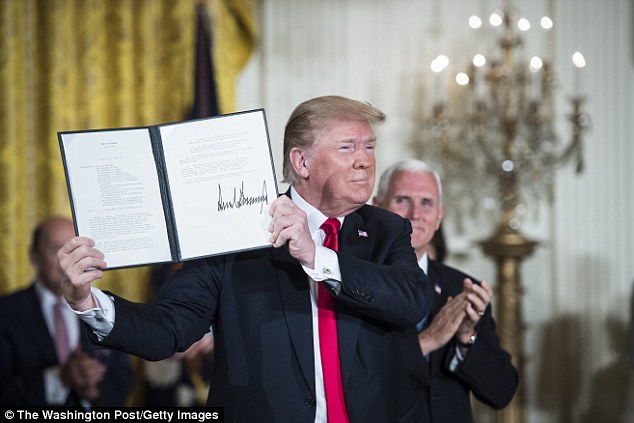 Of more recent concern are the laws that govern the international space station, which is owned by varying and different countries, and Donald Trump’s recent interest in establishing a U.S. Space Force. (Pictured: Donald Trump signs a Space Policy Directive in June)

‘In actual fact there is no formal demarcation as to where air or air law ends and where space or … space law begins,’ Dr Pozza explains.

Of more recent concern are the laws that govern the international space station, which is owned by varying and different countries, and Donald Trump’s recent interest in establishing a U.S. Space Force. 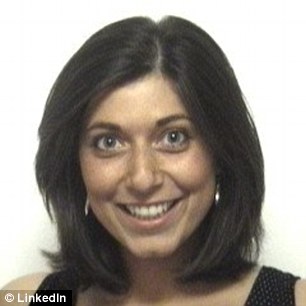 ‘It is not enough to merely have an American presence in space. We must have American dominance in space,’ Mr Trump said ahead of the National Space Council meeting last month.

Trump also signed a new Space Policy Directive in June which includes new policies for commercial space regulations in a bid to ease regulations on private industry in space.

It is exactly these issues of liability and questions over commercial uses for outer space that attracted Dr Pozza to working within international space law when she was studying for her PhD.

‘I think there is probably going to be a call by the international community … for some clarification on what Donald Trump has in mind,’ she said.