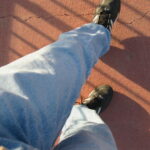 In the push to get drunk drivers off the road, police officers and the courts are relying more on technology to enforce zero tolerance laws against drunk driving.

These technological devices can lead to the arrest of individuals driving under the influence (DUI) and prevent people from driving drunk. By using technology, police, judges, prosecutors and politicians show that they are paying attention to the public’s concerns about getting tough on drunk drivers.

The breathalyzer is the most well-known device used to test a driver’s Blood Alcohol Content level. But, a five year, $10 million project plans to take alcohol detection to a new level.
[wp_ad_camp_1]
The Driver Alcohol Detection System for Safety Program, of which the National Highway Traffic Safety Administration and 16 automobile manufacturers are a part, includes developing technology that detects alcohol in the air of a vehicle and measures the amount of alcohol in a driver’s skin through sensors installed on the dashboard or the steering wheel.

While this project is still in the developmental stages, the following technology is currently in use:

1. Ignition Interlock Device (IID)
The IID is a breathalyzer device installed close to the steering wheel and connected to the vehicle’s engine. If the IID detects alcohol on the driver’s breath after the driver breathes into it, the vehicle will not start.

The driver is prompted while driving to breathe into the IID at different times. Some states allow cameras to be installed in vehicles to take a photo of the drivers blowing into the IID. The cameras were added because drivers found by the IID to have alcohol on their breath, claimed that someone else was driving the vehicle, and not them.

2. Passive Alcohol Sensor System (PASS)
This electronic device that looks similar to the flashlight police officers are known to carry is also known as “The Sniffer.” The PASS has sensors that can detect alcohol on a driver’s breath and alcohol inside the vehicle. An officer holds the “flashing” end of “The Sniffer” six inches away from the driver’s face. If the sensor detects traces of alcohol, a green light flashes. If an alcoholic odor is detected, a red light flashes. This device helps police to determine whether to give a driver a sobriety test.

3. Alcohol Breath Test DUI
With this relatively new device by Winner International Royalty, the driver breathes into a plastic bag with a small syringe attached to the top of one end. The police officer places brown crystals into the syringe. Once the driver fills the bag with air, the offices takes the bag and squeezes it while watching to see whether the brown crystals change colors. If a driver has been drinking alcohol, the crystals will turn green. From there, the officer conducts sobriety tests.

DUI attorneys, whether they are a Orlando DUI attorney or one from Chicago, may contend that technology can violate drivers’ 4th Amendment Right against unreasonable search or arrest and their privacy. Also, a court ordering DUI offenders to pay to use the new technology places financial pressure on drivers with lower-income levels.

As more DUI technology is developed, DUI attorneys will have to find ways to keep pace with this movement and whatever challenges it will pose to them in defending their clients.

Author Molly Pearce often writes on the topics of health, human rights, and the law. She shares this post to keep readers informed on the latest developments in the DUI law field. The website of Orlando DUI attorney firm, Katz & Phillips, PA also shares up-to-date information on this topic and regularly defends south Florida residents who have received this unfortunate charge.