The Sun newspaper’s win in the Johnny Depp libel trial – the so called libel ‘trial of the century’ has seen some of Britain’s top lawyers battling it out in a bruising and eye wateringly expensive encounter that has paid dividends for the staunch view taken by Rupert Murdoch’s newspaper against the Hollywood actor in a case that it could easily have lost.

The newspaper and its gossip columnist/executive editor Dan Wootton has prevailed in the London libel case in a decision Depp’s lawyer described as “perverse as it is bewildering”. However others commended The Sun for risking millions of dollars and a potential devastating adverse verdict by pursuing the case at all.

The Sun called the decision a “stunning victory for press freedom” and media lawyers were waxing lyrical about the decision, notwithstanding what Depp’s lawyers thought.

It referred to “overwhelming evidence” that Depp had been violent towards ex-wife Amber Heard (pictured) during their relationship. The pair met on the set of The Rum Diary movie, in which Heard also starred

Mark Stephens, a media specialist at the law firm Howard Kennedy, welcomed the fact that attempts to undermine Heard’s account by portraying her as a hoaxer or a gold digger had failed: “If those gendered tropes had been successful, they would have been replicated. The fact they have been picked apart forensically, in those circumstances, is complete vindication.”

The essence of the Sun’s characterisation of Depp as a “wife-beater” were allegations it printed that the actor had assaulted Heard 14 times in locations around the world.

Heard, 34, said the abuse was largely fueled by Depp’s heavy drug and alcohol use and that he could turn into “a self-created third party”, which he referred to as “The Monster”. She alleged that at various time between 2013 and 2016 he hit, slapped and shoved her, pulled her hair and threw bottles “like grenades” at her.

Media law trainer David Banks said The Sun had taken on a substantial risk by fighting the case, especially since it was required to prove the fundamental claim that Depp was a wife beater.

“Truth has always been a difficult defence – and if you mount it and lose, the consequences are dreadful.”

Heard’s US lawyer Elaine Charlson Bredehoft said: “For those of us present for the London High Court trial, this decision and judgment are not a surprise.

“Very soon, we will be presenting even more voluminous evidence in the US.

“We are committed to obtaining justice for Amber Heard in the US court and defending Ms Heard’s right to free speech.”

The newspaper itself was obviously delighted with the result with the paper’s legal director, Adam Cannon, tweeting “We won!”

The Sun’s QC Sasha Wass QC, cross-examining Depp, told him: ‘You lost your temper. You threw a decanter. You punched the walls, slapped Miss Heard, grabbed her by the hair.”

She outlined a catalogue of alleged offences committed by Depp against Heard.

Sasha Wass was identified some years ago as one of the leading women litigators in Britain, appearing in our ‘Fearsome 13’ ranking.

As both a prosecutor and defender, with a photographic memory and described by The Times as being “clever and ice cool,” Wass has handled cases from murderer Mary West to Rolf Harris.

In his judgment, Mr Justice Nicol said 12 of the 14 alleged assaults against Heard had “been proved to the civil standard”.

The judge rejected the defence’s claim that Heard had “constructed a hoax” against Depp as an “insurance policy” in the event of their marriage breaking down and was “nothing more than a gold-digger”.

One key factor is that Heard was willing to subject herself to cross-examination in a London courtroom during a pandemic, even though this meant requiring security to arrive at court and facing a barrage of verbal and online abuse.

Johnny Depp’s lawyer David Sherborne QC is a high profile libel and privacy law expert who had previously represented Meghan Markle and Prince Harry in their fight against the Daily Mail, as well as previously representing celebrities like Harry Styles, Hugh Grant and others.

Depp’s law firm, Schillings said they would almost certainly appeal the decision, issuing a strong statement about the verdict.

“Most troubling is the Judge’s reliance on the testimony of Amber Heard, and corresponding disregard of the mountain of counter-evidence from police officers, medical practitioners, her own former assistant, other unchallenged witnesses and an array of documentary evidence which completely undermined the allegations, point by point.

“All of this was overlooked. The judgment is so flawed that it would be ridiculous for Mr Depp not to appeal this decision.

“In the meantime, we hope that in contrast to this case, the ongoing libel proceedings in America are equitable, with both parties providing full disclosure rather than one side strategically cherry picking what evidence can and cannot be relied upon.” 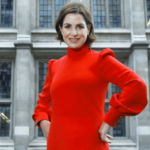 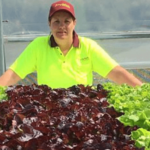