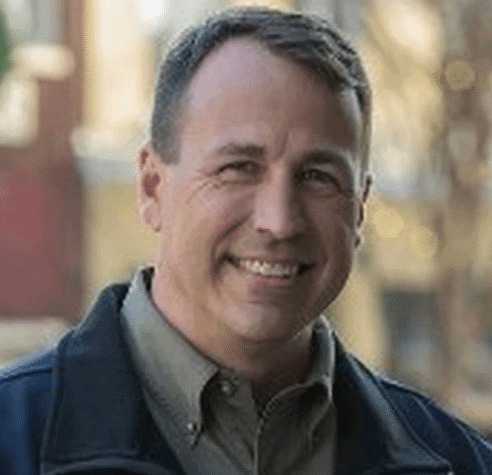 At age 35 Mr. Cunningham, a captain and paratrooper in the U.S. Army Reserves, received the medal for “exceptionally meritorious service to the United States” as the senior trial counsel in the Office of the Staff Judge Advocate, Multi-National Corps-Iraq, at Camp Victory in Iraq from December 15, 2007 to November 19, 2008.

As the senior trial counsel, Mr. Cunningham presided over the largest court-martial jurisdiction in the Army and helped in “supervising, training and overseeing 27 attorneys and 70 paralegals, executing criminal law missions within the Multi-National Corps-Iraq theater of operations.”

Mr. Cunningham deployed with the XVIII Airborne Corps of Fort Bragg, North Carolina. The Bronze Star recognizes Mr. Cunningham for pioneering efforts with the U.S. Department of Justice to prosecute contractors serving with and accompanying the armed forces.

His work resulted in a comprehensive system for ensuring contractors are held responsible for crimes committed while in Iraq, and he personally served as the lead trial counsel for the first court-martial of a civilian since the Vietnam War. While in Iraq, he traveled throughout the Iraqi Theater of Operations.
Mr. Cunningham also served as an advisor to the Command Initiatives Group, MNC-I, where he personally assisted the commanding general with Congressional delegation visits, including the visit by then-Senator Barack Obama.

“Cunningham is sought out by all of his Commanders, including the Commanding General, for his sound judgment, superior communication skills and legal expertise,” according to information documenting the award. “Captain Cunningham’s contributions during ongoing combat operations have been instrumental to maintaining the administration of justice, good order and discipline within MNC-I. Captain Cunningham’s actions are in keeping with the finest traditions of military service and reflect distinct credit upon himself, the Multi-National Corps-Iraq, and the United States Army.”

In January, Mr. Cunningham returned to his legal practice in Kilpatrick Stockton’s Winston-Salem office, where he focuses on conflict resolution and litigation in complex business disputes, including construction, real estate, environmental and contract cases. Prior to joining Kilpatrick Stockton, Mr. Cunningham served in the North Carolina Senate. He received both his undergraduate and law degrees from the University of North Carolina at Chapel Hill and a masters degree from the London School of Economics.

What did Cal Cunningham get the bronze star for?

The Bronze Star was awarded to Cunningham when he was in the US Army Reserves ‘for exceptionally meritorious service’.  The award recognized also his ‘pioneering efforts’ with the US Justice Department to prosecutor contractors for crimes committed while in Iraq, leading as lead trial lawyer for the first court marshall of a civilian since the Vietnam War.

More on the Bronze Star can be read at this link.