Colleen Sewell – Sexual harassment in the workplace is something that is both uncomfortable and hurtful. But it is also unlawful.

The all-too-common practice is something that there has been increasing publicity and can apply to both lower level employees, mainly women, but as a recent report indicated it can also happen with powerful women. No one, it would seem, is exempt from the threat of such illegal workplace practice.

Even if the person who is telling these inappropriate sexual jokes around you has never made a sexual or romantic advance toward you, such jokes can still qualify as sexual-harassment. These jokes are not limited to jokes told in conversation. They can also include jokes that are told through emails, texts, or other means of communication.

Although many companies frown upon workplace relationships, it is not technically against the law to date a coworker. So, if a coworker asks you out, it does not constitute sexual harassment. However, if that person continues to pressure you to go out on a date with him or her after you have already said no, then this can qualify as sexual harassment.

This could be everything from the details of a sexual encounter they had the previous weekend to sending you inappropriate pictures of themselves. No one has to deal with being presented with this kind of unwanted sexual information and it can definitely be considered sexual harassment.

Oftentimes, people in positions of power try to use their power as leverage to get sexual favors. For example, a manager or a boss may request a sexual favor in exchange for a promotion or better hours. Sometimes, these people also will request a sexual favor to prevent firing the employee. If any of these things are happening to you, then you might be experiencing sexual harassment at work.

This is perhaps the greatest sign that you are being sexually harassed at work. It may be difficult for you to pinpoint exactly what is going wrong, or whether or not a harassment policy is being violated, but you just don’t feel comfortable. In many circumstances, instincts and feelings are correct. So, if you have noticed yourself feeling very uncomfortable at work, then you should listen to your feelings and try to do something about the situation. 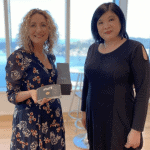