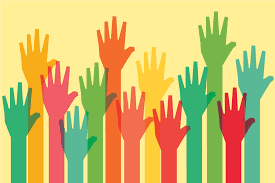 The Australian law jobs market appears buoyant according to a new survey of law firms, showing strong demand for experienced lawyers in particular.

The Taylor Root salary report showed demand had remained strong due to projects, deals and other commercial work, with retention rates higher due to more strained conditions in the UK and Europe.

“The UK continues to struggle with the challenges of leaving Europe and has all but closed its doors to lawyers from overseas,” the law jobs report said.

“Conversely, the uncertainty and changing atmosphere of the UK is leading many Australian lawyers based in London to consider this an opportune time to come home.”

Tightening conditions in the UK meant fewer Australian or New Zealand lawyers were likely to make their “traditional pilgrimage” to the UK and would need to look at job options at home, or remain with their existing employer.

The result would likely be tougher competition between local firms for legal talent, which is likely to have a run-on effect in terms of salaries for lawyers in specific areas, particularly construction, banking and corporate work.

“We are certainly finding more lawyers willing to explore whether, if they’re not now leaving the country, there’s a better place they could spend their next few years,” the report said.

“Whatever happens overseas, it is evident that Australian law firms will continue to grow many of their practice areas in the coming year. From a hiring point of view, demand will outstrip supply in a number of key practice areas.”

The majority of respondents in the online, Taylor Root survey of firms, job seekers and legal clients was that there were more hirings this year

About 7 per cent of firms said that in the last 12 months they experienced decrease in fee-earning recruitment.

The report noted that some practice areas had seen record-breaking offers, in some cases with sign-on bonuses additionally being made.

The Taylor Root report’s comparison of salaries for graduate positions in Sydney and Melbourne showed a $4,000 disparity, with new hires in Sydney receiving a minimum of $72,000 compared to the $68,000 figure on offer in Melbourne.

It also indicated a $20,000 difference for Sydney and Melbourne senior associates.

A senior associates working for a top-tier law firm in Sydney can expect a minimum salary of $135,000, whereas their Melbourne peers are working from a starting position of $115,000.[/vc_column_text][/vc_column][/vc_row]