Previous Next
TwitterFacebookLinkedInPinterestRedditEmail
LOS ANGELES – Federal, state and local authorities this morning arrested 20 individuals who are named in two federal indictments that target manufacturers and distributors of Phencyclidine – commonly known as PCP or “angel dust” – a dangerous narcotic with deep ties to the violent Grape Street Crips and other South Los Angeles street gangs.
Following this morning’s takedown, federal prosecutors unsealed two indictments that charge a total of 40 defendants linked to laboratories where PCP is manufactured and the networks that distribute the drug across the nation. In addition to the 20 people arrested this morning, three defendants were already in custody, and 17 are fugitives or have not yet been fully identified.
Thirty-eight of the defendants are named in a 29-count indictment that outlines how precursor chemicals are obtained and used in the manufacturing process, which poses serious risks to public health and the environment. The indictment discusses how the prepared PCP is then stored and distributed around the nation.
“Historically, the principal location in the United States where PCP is manufactured is the Southern California area,” according to the indictment. “After PCP is manufactured, PCP traffickers typically distribute and transport PCP both within the Southern California area and to other regions in the United States, where PCP can be sold at higher prices and for greater profit.”
The indictment details the seizure of several PCP laboratories and how members of the narcotics-trafficking conspiracy distributed upwards of several thousand gallons of PCP. During the course of this investigation, authorities seized approximately 100 gallons of the drug and precursor chemicals that could have been used to manufacture thousands of gallons of the drug. A gallon of PCP contains approximately 76,800 doses of the highly addictive narcotic.

“PCP producers and suppliers deal a toxic poison that destroys minds and contaminates our neighborhoods,” said United States Attorney André Birotte Jr. “Today’s operation breaks the grip that these drug makers and dealers have held on the neighborhoods of Watts and South Los Angeles by targeting the highest levels of PCP traffickers and those responsible for manufacture and distribution of this deadly drug.”
In conjunction with this morning’s multi-agency effort against the Grape Street Crips, Los Angeles City Attorney Mike Feuer today announced his office will seek injunctions to curb gang activity at three properties, two of which are located on the same block of an early education center and an elementary school. The properties are known for gang-related narcotics dealing, PCP manufacturing, possession of firearms and other criminal activity, according to the City Attorney’s office.
The indictments unsealed today follow an investigation that concluded nearly six years ago after targeting PCP trafficking in South Los Angeles and illuminating the links between the drug and the Grape Street Crips. That earlier investigation resulted in federal charges against 12 defendants, two of whom received life sentences for their roles in manufacturing and distributing PCP.
The present investigation, which was conducted by the HIDTA and L.A. IMPACT task forces and the DEA, revealed a wide network of PCP manufacturers and distributors connected to the Grape Street and other South Los Angeles gangs. Investigators discovered that this network routinely delivered PCP, via couriers and mail, to other parts of the country, including Texas, Maryland, North Carolina, Oklahoma and New York.
The narcotics trafficking conspiracy allegedly was led by Anthony Dwight Bracken, a San Bernardino County-based PCP manufacturer, with strong ties to South Los Angeles. Other key players charged in the conspiracy include distributors Andre Brown, Anthony Wilson and Eligin Gary Hawkins, all of South Los Angeles.
All 38 defendants in the indictment are charged with conspiracy
to manufacture, distribute and possess with the intent to distribute PCP, and to illegally possess a listed chemical. Because of the quantity of narcotics and precursor chemicals involved in this case, all of the defendants potentially face sentences of life without parole in federal prison.
The indictment further charges various defendants with distribution and possession with intent to distribute PCP, illegal possession of a listed chemical, maintaining drug-involved premises, possession of a firearm in furtherance of a drug trafficking crime, and being a felon in possession of a firearm/ammunition.
A second indictment unsealed this morning charges two additional defendants in a conspiracy to distribute PCP.
An indictment contains allegations that a defendant has committed a crime. Every defendant is presumed innocent until and unless proven guilty in court.
The investigation into the PCP manufacturing and distribution network was conducted by the L.A. IMPACT Task Force (Los Angeles Interagency Metropolitan Police Apprehension Crime Task Force), the HIDTA Task Force (High-Intensity Drug Trafficking Area Task Force) and the Drug Enforcement Administration. The Los Angeles City Attorney’s Office is partnering to take file civil “abatement” lawsuits at properties linked to criminal activity uncovered during this investigation. Los Angeles County Child Protective Services assisted during this morning’s takedown.
TwitterFacebookLinkedInPinterestRedditEmail 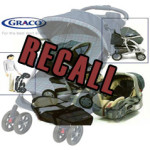 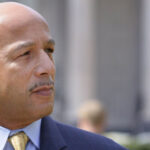