You are here: Home / Lawyers / BP’s Lawyer – Mr Influence – Why Ted Olson is a World-Beater 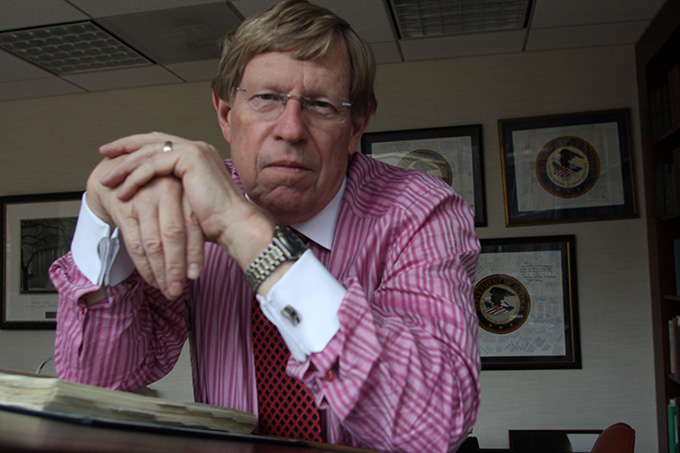 The man facing the music for his client BP is Ted Olson who argued before a full courtroom and a three-judge panel for the 5th US Circuit Court of Appeals that his client was being asked to pay “fictitious” and inflated claims from the settlement that followed the disastrous 2010 oil spill in the Gulf of Mexico is one of the world’s top “influencers” – not to mention lawyers.

The money’s hardly small.  Billions of dollars are involved in payments.

And Ted Olson, former solicitor general,  is just the man for BP’s job, not only chairing his firm (Gibson Dunn & Crutcher’s) crisis management team, but being a vastly experienced appellate and constitutional lawyer with a track record second to none.

And he’s also fresh from his successful work with David Boies on same sex marriage in the Supreme Court prop 8 case (see video, below).

In fact, TIME magazine named him as one of the 100 most influencing people in the world in 2010.

To quote the Gibson Dunn profile:

Mr. Olson is one of the nation’s premier appellate and United States Supreme Court advocates. He has argued 59 cases in the Supreme Court, including the two Bush v. Gore cases arising out of the 2000 presidential election, and Citizens United v. Federal Election Commission, prevailing in over 75% of those arguments.

Mr. Olson’s practice is concentrated on appellate and constitutional law, federal legislation, media and commercial disputes, and assisting clients with strategies for the containment, management and resolution of major legal crises occurring at the federal/state, criminal/civil and domestic/international levels. He has handled cases at all levels of state and federal court systems throughout the United States, and in international tribunals.

So far as the case itself is concerned, the Calgary Herald reports:

Samuel Issacharoff, an attorney for Gulf Coast businesses and residents, argued the oil company was aware of the settlement terms and the administrator’s methods. He questioned whether the appeals court has authority to change that agreement.

“There is no order of the lower court that is capable of being reviewed by this court,” Issacharoff said.

“Irreparable injustices are taking place and money is being dispensed to parties from whom it may not be recoverable,” he said in his opening remarks to the judges.

The panel opened Monday’s hearing by asking Olson whether the court has jurisdiction in a case involving a settlement already approved by the parties in the case and a U.S. District Court judge.

Judge James Dennis seemed skeptical at times, asking at one point, “How can we go beyond the four corners of the agreement?”

BP has asserted that the judge who approved the deal and a court-appointed claims administrator have misinterpreted the settlement, allowing thousands of businesses to secure hundreds of millions of dollars in payments for inflated and fictitious losses.

Plaintiffs’ attorneys who brokered the deal last year counter that BP undervalued the settlement and underestimated how many claimants would qualify for payments under the terms they negotiated.