Preet Bharara, the United States Attorney for the Southern District of New York, announced that YONG WANG was sentenced today in Manhattan federal court to 210 months in prison for advertising in connection with the sexual exploitation of children through 18 Chinese-language child pornography websites he owned and operated. WANG pled guilty in May 2013 and was sentenced today by U.S. District Judge Paul G. Gardephe.
Manhattan U.S. Attorney Preet Bharara said: “With today’s sentence, Yong Wang will be punished – with a loss of his liberty – for earning a living at the expense of innocent children by operating a vast network of illicit child pornography websites from the comfort of his home. Those who conduct businesses that capitalize on the sexual exploitation of children should understand that this Office and its law enforcement partners have no tolerance for such operations and are actively working to shut them down.”
According to documents filed in Manhattan federal court and statements made in related court proceedings:
WANG maintained 18 Chinese-language websites out of his apartment in Flushing, New York. Members of the websites could access numerous links to an extensive child pornography collection that included images and videos of children exposing their genitals, engaging in sexually explicit conduct with adults, and in sadistic and/or masochistic depictions. To access the websites, individuals had to purchase a “VIP membership” or accumulate a certain number of points. WANG charged customers $25 for a quarterly membership and $100 for a lifetime membership. Undercover FBI agents registered for a VIP membership with WANG and gained access to one of the websites entitled – in Chinese – “Empire of the Young and Innocent Fragrances.” On the website, users were directed to different forums with links that were titled with descriptive names, such as “Young Young Empire,” “Young Girl Beauty Photos Military Region,” “Young Boy Movie Zone,” and “Exclusive Quality Young Girl Photos Set.” WANG made in excess of $700,000 in connection with his operation of these websites.
* * *

In addition to the prison term, WANG, 28, a citizen of China who resided in Flushing, New York, was ordered to pay $750,000 in forfeiture, representing the proceeds he obtained from operating the child pornography websites, and a $250,000 fine.
Mr. Bharara praised the investigative work of the Federal Bureau of Investigation. He also thanked the Chinese Ministry of Public Security for their cooperation and assistance.
This case is being handled by the Office’s Complex Frauds Unit. Assistant U.S. Attorney Rosemary Nidiry is in charge of the prosecution and Assistant U.S. Attorney Alexander Wilson is in charge of the forfeiture aspects of the case.
14-122 ### 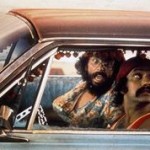 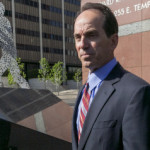