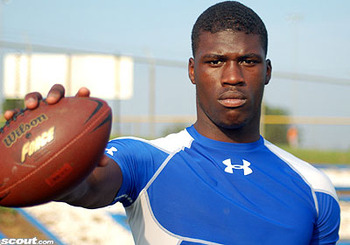 Missouri receiver Dorial Green-Beckham, a sophomore who has been called one of the NFL’s top prospects, faces marijuana possession charges for a second time in less than two years after police arrested him and two friends after finding over one pound of the drug in the vehicle.

Green-Beckham could face a Class C felony based on the amount of drugs found in the vehicle, which would result in his immediate suspension from the university.

The Talent of Green-Beckham

There is no question that Green-Beckham is extremely talented when it comes to football. While playing at Springfield Hillcrest High School, he set national prep records with 6,353 career yards and 75 touchdown receptions.

At Mizzou, he earned 59 receptions, averaging 15 yards and 12 touchdown receptions. It was Green-Beckham’s 27-yard catch that led to the game winning touchdown in the team’s Cotton Bowl victory over Oklahoma State. Many believe that Green-Beckham has a multimillion-dollar future in the NFL, or at least did prior to this latest arrest.

The Fall of Green-Beckham

In October 2012, Green Beckham was charged with marijuana possession after being found with two teammates smoking in a campus parking lot near the stadium. All three plead guilty to a lesser offense of second-degree trespassing.

This incident is much more serious for Green-Beckham as the amount of marijuana found in the car was significant. According to Missouri Revised Statutes Chapter 195.202-2, anyone who possesses 35 grams or more of marijuana is guilty of a Class C felony, and conviction could result in a prison term between one and seven years, in addition to an immediate suspension from the university and the football team that could lead him to a bright, promising future.

The penalties for possession vary by state. For instance if you were looking for a criminal defense attorney in Minneapolis and asked about the laws of possession, they would inform you that the penalties for possessing 42.5 grams or more is a misdemeanor but if you are in a motor vehicle and possess more than 1.4 grams that is a misdemeanor punishable by up to one year in jail and a $200 fine.

There is currently a strong push in Missouri to relax the laws regarding marijuana possession as the state has some of the strictest in the country.

In February 2014, House Bill 1659 was filed that would allow residents over the age of 21 to keep and transport up to one pound of marijuana or hashish. The goal is to tax and regulate cannabis like alcohol, but it is being met with resistance, despite the fact that statistics show legalizing and taxing the product could result in tax revenues of almost $150 million per year.  However, many of the detractors are concerned with the logistics of legalizing the drug, such as the risk of driving under the influence of marijuana, which is harder to detect than alcohol.

DUI laws related to marijuana legalization will affect many people, not just talented athletes like Green-Beckham, but there is currently no quick method for detecting high levels of marijuana in humans. This will make it difficult for police to charge drivers with DUI, but could result in higher numbers of people driving under the influence of the drug due to the difficulty in proving the crime after marijuana use.

Green-Beckham’s future is in question, as spokesmen for the university say that they were aware of the most recent incident and that they were investigating the situation. Since the star player could be facing up to seven years in prison, it is highly probable that coaches are working with him to determine the best course of action to keep him on the field in the future, although his prospects after this second arrest may be dimmer than they were at the end of the season.

Teresa Stewart is a freelance writer who has an affinity for criminal law. She was able to use online searches like looking for a criminal defense attorney in Minneapolis and Missouri drug statues in order to research the facts for this article. 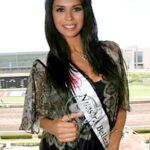 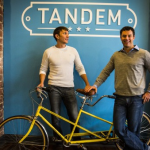