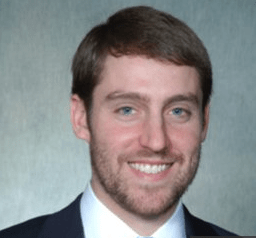 Law firm firings are common enough, but one Big Law associate decided he would wreak his revenge upon his former employers by removing sensitive information and demanding $210,000 and some art.

An interesting ploy you might think – but perhaps a step too far for a lawyer taking on a firm like Dentons.

The associate, Michael Potere received his marching orders requiring his departure on June 1, AbovetheLaw report. He was arrested this week on extortion charges, but not before creating the sort of panic and despair you might imagine the partners in an outfit like Dentons would experience in the face of such threats.

The information obtained by Potere came via a partner’s email to which he had access and included a raft of highly sensitive material including details on billing rates, retirement issues, candidates for equity partnership, associate attorney reviews, financial reports and – overall – exactly the sort of information any large or small law firm would want kept under wraps.

Potere reportedly told two Dentons partners about his feelings towards the way associates like himself were treated, saying   “people his age were getting ‘screwed’ and that hypothetically he might have a chance to ‘screw back,’” according to the FBI document on the Potere file.

The complaint against Potere alleges that he was unworried about professional disciplinary issues or the bar because he had no intention of continuing to practice law.

He was, at the time of his dismissal, seeking to enter a political science degree program.  According to Big Law Business he thought the graduate program could revoke his acceptance.

“I have nothing to lose, it’s already been taken,” Potere told partners during a recorded meeting, according to the complaint. “It’s already gone. So, and that’s just like what’s happening to me and my friends professionally all the time. And everyone gets away with it all the time,” Big Law Business reported.

The complaint stated Potere said he was not worried about serving jail time because people who rape other people don’t get jail time.

Who is Michael Potere?

According to his LinkedIn profile, Potere is a graduate of Northwestern University where he received his JD in 2012, before graduating with an MSc in Public Policy from the London School of Economics

Potere joined Dentons as a junior litigation associate in 2015, following a period working at the Illinois Attorney General’s Office, a clerkship in the United States District Court for the Northern District of Illinois, and a year at Kirkland & Ellis in Chicago[/vc_column_text][/vc_column][/vc_row]